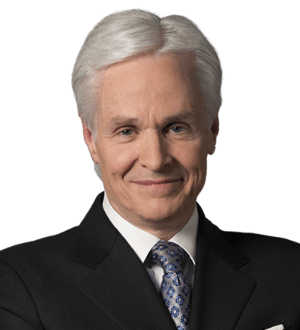 Consistently achieving both seven and eight figure verdicts, Kenneth M. Rothweiler is “at the top of his profession,” exclaims client Joanne Graham.  His revered reputation in Pennsylvania among patients, doctors, and lawyers alike is undeniable - commencing his career by serving as a legal clerk for the Superior Court of PA, he stands today as the co-founder, senior partner, and chair of the management committee of his firm.

Rothweiler is routinely named as one of The Best Lawyers in America (a book which is the oldest and most respected peer-review guide to legal excellence in the United States), a Super Lawyer 2004-2010 (a listing of exceptional lawyers from over 70 areas of practice; only 5 percent of the lawyers from a particular state or region are included), one of the Top 100 lawyers in Philadelphia, one of the Top 100 lawyers in the state of Pennsylvania, and is currently the President of the Pennsylvania Association of Justice (formerly known as the Pennsylvania Trial Lawyers Association).  He is a Past President of the Philadelphia Trial Lawyers Association, a member of the Million Dollar Advocates Club, and outside of the courtroom has been the creator of programs such as “My First Trial” and “View From The Bench” which serve to train and educate young trial attorneys.

Rothweiler also served as a charter board member for the nonprofit organization The Brain Injury Association of Pennsylvania.  In 2001, he rallied patients in Harrisburg to protest potential changes in the law which would have denied victims of medical malpractice access to a courtroom trial.  As a result, Rothweiler assisted in the creation of legislation that promoted patient safety.

In addition to his trial work on behalf of injured clients, Rothweiler routinely volunteers his time to take on pro bono cases for the indigent.

Most recently, FOX 29’s News asked Rothweiler to serve as a permanent legal analyst to weigh in and offer advice on both local and national issues.  He has also appeared numerous times on the station’s Good Day Philadelphia program.  His latest achievements include settlements for $15 million involving a patient’s cardiac complications and $8 million for a baby injured by a defective product.