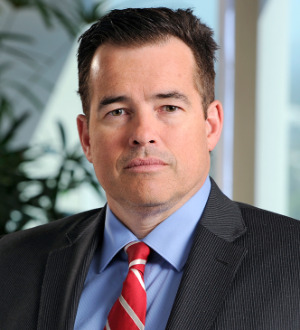 Colleagues have described him as a “detail-oriented and relentless” fighter who “understands the subtle art of the destructive cross-examination” (Daily Journal). Ken has developed a reputation as a “cagey courtroom strategist” with a “quick mind,” “gentlemanly demeanor” and “devastating cross examination skills” (OC Weekly).

Before joining Manatt, Ken was a deputy chief in the Orange County office of the U.S. Attorney, where he successfully prosecuted Orange County Sheriff Michael S. Carona in the “highest-profile trial in the history of Orange County’s federal court” (The Orange County Register). During that trial, he “massacre[d]” a key defense witness with a “cross-examination [that] could be used in law school” (“The New Math on How Many Mike Carona Campaign Contributors Got Badges,” OC Weekly).

Ken served for more than 11 years as a federal prosecutor in the Central and Eastern Districts of California, “convicting fraudulent surgery centers, telemarketing businesses and real estate swindlers as well as participating in the investigations into Broadcom billionaire Henry Nicholas, the Samantha Runnion kidnapping/murder and the Mongols Motorcycle Gang.” (“Sheriff Mike Carona Prosecutor Leaves Department of Justice,” OC Weekly).