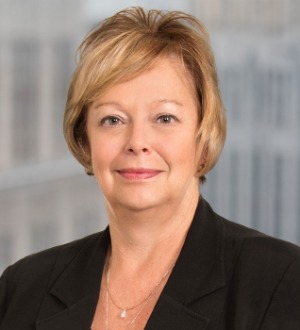 Recognized by Best Lawyers® since 2007.
4000 Town Center, Suite 1800 Southfield, Michigan 48075-1505
|
Firm: Troutman Pepper
|  Website
Edit Profile
Edit Your Profile
To edit your Lawyer Directory information, please login to your
Best Lawyers® Admin Account.
If you have any questions or need assistance, please contact us at info@bestlawyers.com or 803.648.0300.
Overview
Firm

Kay has extensive experience restructuring debt and representing secured creditors in federal receivership actions. She also represents debtors, creditors’ committees, secured creditors, trustees, individual creditors, and parties in interest—both as lead counsel and co-counsel—in out-of-court workouts and bankruptcy courts in the Eastern District of Michigan, Western District of Michigan, District of Delaware, Southern District of New York, and other bankruptcy courts in the United States. In addition, Kay co-authored Chapter 83 “Creditors’ Committees” for Colliers Bankruptcy Practice Guide; co-wrote “Alternatives to Bankruptcy Under Federal and State Law,” a chapter in Navigating in Today’s Environment; and authored the “Federal Receiverships” chapter in Guide to Receivership and Foreclosure. She also has written articles for Michigan Business Law Journal; the American Bar Association (ABA) Business Bankruptcy Committee newsletter, Business Law Today; and the American Bankruptcy Institute Journal. Finally, Kay has moderated and spoken on a variety of topics, including federal and state receiverships, both locally and nationally.

Kay served as ABA Business Law Section advisor to the Uniform Law Drafting Committee for the Uniform Commercial Real Estate Receivership Act. The Act was approved by the Uniform Law Commission in July 2015 and has been enacted in seven states. She testified before Michigan House Committee on Judiciary prior to the enactment of the Act in Michigan. Kay is also a Fellow of the American College of Bankruptcy, a Fellow of the American College of Finance Lawyers, and Chair of the ABA Business Law Section’s Bankruptcy Court Structure and Insolvency Process Committee.