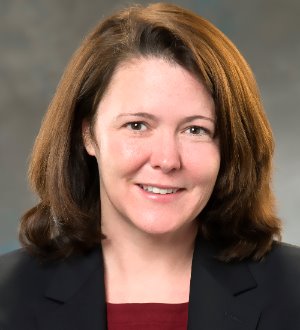 Recognized by Best Lawyers® since 2010.
810 Broadway, Suite 105 Nashville, Tennessee 37203
(615) 490-0944
|
Firm: Morgan & Morgan, PA
|  Website
Edit Profile
Edit Your Profile
To edit your Lawyer Directory information, please login to your
Best Lawyers® Admin Account.
If you have any questions or need assistance, please contact us at info@bestlawyers.com or 803.648.0300.
Overview
Firm

“Kathryn has a national reputation for complex personal injury and class action cases. She is one of a few true trial lawyers among a generation of lawyers that know how to litigate, but rarely get to try a case.”--Nashville Business Journal, 2005 Best of the Bar

Ms. Barnett is the partner in charge of our Nashville office and works diligently to hold accountable those who have harmed individuals, families, groups of individuals, or businesses.

In 2010, Ms. Barnett represented a business wronged by its former partner, winning an $8 million arbitration award against the wrongdoer. She served as co-lead trial counsel in two class action trials in the Multi-District Litigation lawsuit arising from the mishandling of remains at Tri-State Crematory. These cases settled well into both trials, for combined judgments of over $120 million.

Ms. Barnett also served as lead counsel in a class action against the Georgia Farm Bureau regarding insurance coverage, which resulted in an $18 million settlement.

Other Engagements
Ms. Barnett has lectured extensively on trial and other civil litigation topics. She is very active in the legal community as a member of several organizations and serves on the Executive Committee of the Tennessee Association for Justice. Ms. Barnett’s skill in the plaintiffs’ bar has been consistently recognized as "Best of the Bar" by the Nashville Business Journal, and she has been named a “Best Lawyer in Tennessee” by Business Tennessee for the past four years and a "Mid-South Super Lawyer" by Super Lawyers for the past three years.