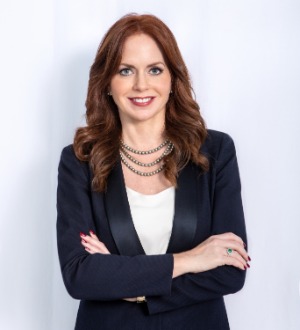 Kathryn DeVane Hamilton has been practicing law in Florida and Washington states since 1998 and is the founding member of The Hamilton Law Firm.  Prior to establishing the Law Firm in 2008, Kathryn began her extensive litigation career as a trial attorney at the Miami-Dade County Public Defender’s Office trying over forty trials. Her zealous representation led to acquittals or the dismissal of charges for many clients facing years in prison.  In 2001, Kathryn focused her sites on family law litigation and joined the prestigious Miami family law firm, Kutner and Associates where she sharpened her civil litigation skills representing public figures, business owners, entrepreneurs and professionals.

When Kathryn founded the Law Firm, she focused her representation on providing strategic, compassionate and tenacious representation to her clients in all areas of domestic relations, including dissolution of marriage, equitable property distribution, alimony and child support, paternity, child custody and parenting plans, prenuptial and postnuptial agreements and domestic violence, among others.   Kathryn recognizes that the decisions she guides her clients to make are among the most important choices in their lives with both short and long term implications.

Kathryn’s approach to practicing family law has resulted in numerous successes and honors for her excellence in the field of family law, including:

Rating of AV Preeminent by Martindale Hubbell, the highest rating awarded based upon reviews from her peer attorneys, judges and clients for her professional excellence, legal abilities and ethical standards.

Selected as Super Lawyer in Family Law – rated top 5% of lawyers in Florida since 2017.

Recognized by Best Lawyers in America as a Top Attorney in Family Law since 2019.

Rated "Superb" by Avvo as a Family Law Attorney since 2012.

Named a Rising Star by Super Lawyers for 4 years, a distinction for only 2.5% of the lawyers in Florida.

Kathryn is a founding member of the Miami-Dade Chapter of American Academy for Certified Financial Litigators.   In 2017, she was appointed by The Florida Bar Family Law Section for two terms to serve on the Rules and Forms Committee. She has been published in several national and state publications and has lectured on family law to fellow attorneys.

Originally from Seattle, Washington, Kathryn earned her Bachelor of Arts in Society and Justice at the University of Washington in 1995 before moving to Miami, Florida to study at the University of Miami School of Law.  She earned her Juris Doctorate in 1998 from the University of Miami, after winning the 1996 Moot Court Board Competition, was selected as a member of the prestigious Moot Court Board and received Honors in the Litigation Skills Program.  Kathryn is a member of the Family Law Section of the Florida Bar and has been a member of the Florida First Family Inns of Court since 2002.  Kathryn is a supporter and sponsor of ICU Baby, an organization devoted to assisting families and babies that are born to the Neo-Natal Intensive Care Units in South Florida.   She has been a member of Junior League Miami and the Humane Society.