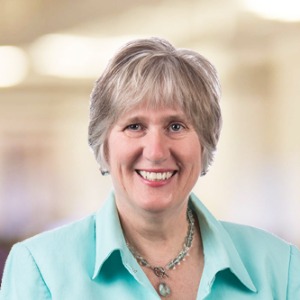 Kathy McKinney assists healthcare and educational institutions in mergers, acquisitions, expansions, and affiliations with a focus on addressing legal strategies for taxable and tax exempt debt and other financing options.

Ms. McKinney is a past president of the National Association of Bond Lawyers (2009 - 2010) and was awarded the Frederick O. Kiel Distinguished Service Award for extraordinary service to NABL in 2013 and has chaired the Steering Committee of the Bond Attorneys’ Workshop of NABL. She has served as a faculty member of the NABL Fundamentals of Municipal Bond Law, Bond Attorneys’ Workshop and Tax and Securities Law Institute programs.

A Fellow of the American College of Bond Counsel, she has been bond, issuers’, disclosure and underwriters’ counsel for more than 100 revenue bond issues, resulting in $3 billion of capital investment in South Carolina in the past five years.

She serves as bond counsel for many of South Carolina’s leading hospitals, including the Greenville Health System and other regional hospital systems throughout South Carolina. She was appointed by the SC DHEC Board to serve on the Certificate of Need (CON) Study Committee charged with making recommendations to the CON laws. The committee was composed of legislative members, hospital representatives, long-term care groups, rural health organizations, physician practices, and industry associations.

In 2010, she was named an Independent Director of the FHLBanks Office of Finance Board of Directors, and currently serves on the Audit Committee and is vice chair of the Governance Committee. She is the first South Carolinian to hold this position.

She is listed in South Carolina Super Lawyers® - Government Finance (2016) and Chambers USA for Corporate/M&A: Banking & Finance (2016). In April 2013, Ms. McKinney was honored by the University of South Carolina School of Law with its Compleat Lawyer Award - Platinum. In 2010, South Carolina Lawyers Weekly presented Ms. McKinney with the “Leadership in Law Award," an award presented to 17 SC lawyers whose accomplishments “represent the very best of the legal profession,” according to the publisher.

She serves on the advisory board of Leadership South Carolina and is a founder of the Upstate South Carolina Alliance, a multi-county economic development organization.  Ms. McKinney is immediate past board chair of the South Carolina Independent Colleges and Universities board of trustees where she continues to serve on the Executive Committee.