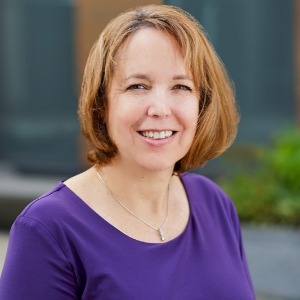 Years In Practice
Phone Number (617) 723-8000
Katherine J. Michon was named by Best Lawyers as a 2015 “Lawyer of the Year” based on the high esteem in which she is held by her colleagues.  She and her partners pioneered the firm’s nationally-ranked executive advocacy practice which focuses on the legal needs of executives, professionals and select businesses in sophisticated employment matters.  Ms. Michon was also selected for the 2017 Edition of “Best Lawyers in America,” and in 2012 she was named a Top Woman of Law by Massachusetts Lawyers Weekly.  In addition, Boston Magazine has named Ms. Michon as one of Boston's Best Employment Lawyers, and has described her as "one of the best negotiators in the business." Since 2004, she has been named in Boston Magazine to the following lists: Top 50 Female Super Lawyers in Massachusetts, the Top 50 Female Super Lawyers in New England and Top 100 Massachusetts Super Lawyers.  Since 2013, Chambers USA awarded her the highest ranking, that of Band One.  According to Chambers USA, “clients have described her as ‘experienced, thoughtful, and a calm, stabilizing force,’ who over the years has developed a lot of skill in negotiating settlements.  She is highly respected and revered by senior executives and corporate clients, who seek her out for advice on a wide range of employment matters…”  Ms. Michon is particularly well known for her work on senior executive transition matters, including negotiating employment agreements, change-in-control, severance, retention, retirement, deferred compensation and compensation agreements, as well as non-solicitation and covenants not to compete.  She works proactively with executives and professionals to provide effective strategies for resolving workplace disputes often behind the scenes to best position the client.  Ms. Michon has navigated thousands of clients through a variety of difficult employment situations that have resulted in successful outcomes, verdicts and settlements.  She has particular expertise in discrimination and sexual harassment matters, as well as handling sensitive departures with particular emphasis on protecting the executive’s reputation and financial security.
What legal services does this lawyer offer?
Employment Law - Individuals
Litigation - Labor and Employment
Awards