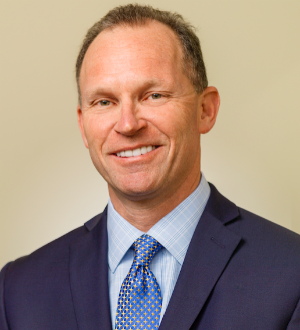 Recognized by Best Lawyers® since 2017.
840 First Avenue, Suite 100 King of Prussia, Pennsylvania 19406-1459
(610) 265-7800
|
Firm: Mannion Prior, LLP
|  Website
Edit Profile
Edit Your Profile
To edit your Lawyer Directory information, please login to your
Best Lawyers® Admin Account.
If you have any questions or need assistance, please contact us at info@bestlawyers.com or 803.648.0300.
Overview
Firm

Mannion Prior, LLP co-founder and partner Karl Prior focuses his practice on Orphans’ Court and fiduciary litigation including will contests, trust disputes, estate litigation, and fee and commission disputes. Karl has tried numerous matters to jury verdict and bench decision in federal court, the Civil Division of Pennsylvania’s Court of Common Pleas, and in the Orphans’ Court Division of the Court of Common Pleas. Most recently, and over the course of a 15-day trial, Karl successfully defended a triple will contest and domicile dispute.

Karl also has successfully argued in state and federal appellate courts. Karl has served as a panelist on Orphans’ Court practice and developments at various Pennsylvania Bar Institute seminars and at the Pennsylvania State Trial Court Judges Mid-Annual meeting. Orphans’ Court judges have appointed him as Administrator d.b.n.c.t.a. and as Guardian ad litem, and as such he has pursued claims on behalf of troubled estates and safeguarded the interests of incapacitated persons and minors. He has served as and has lectured on the use of experts in Orphans’ Court matters.

Karl is a Fellow of the American College of Trusts and Estates Counsel (ACTEC), a national organization of approximately 2,600 members with recognized expertise in trust and estate matters. Karl has been included in the 2018 Edition of The Best Lawyers in America© for his work in Litigation - Trusts and Estates. Best Lawyers is the oldest and most respected peer-review publication in the legal profession. From 2005 through 2017, American Law Media, Philadelphia Magazine, and the Pennsylvania Lawyer have named Karl a “Super Lawyer.” Karl has also been acknowledged as AV® Preeminent™ Peer Review Rated by Martindale-Hubbell. Karl is a member of the Philadelphia Bar Association’s Probate and Trust Law Section, the Philadelphia Bar Association’s Civil Litigation Section, the Montgomery Bar Association’s Federal Courts Committee, the Montgomery Bar Association’s Committee on Professionalism, and the Bucks County Bar Association’s Orphans’ Court section.

From 1989 to 1995, Karl was an associate in the Commercial Litigation department of Drinker Biddle & Reath, LLP. From 1996 through August 2001, he practiced in the Chairmen’s Group at Cozen O’Connor.

Karl coaches track and field and cross country, and is an active member of the Bucks County Roadrunners. In 2013, he received the Archdiocese of Philadelphia Companions on the Journey Award for his extensive work with children in his community.