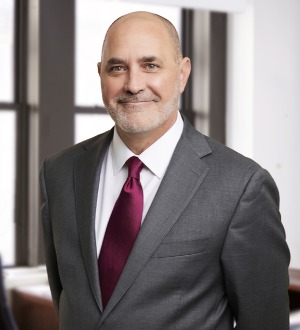 Justin has practiced law since 1993, working on a wide array of cases. He has represented individuals and businesses in trial and appellate courts throughout the country, often involving complicated jurisdictional and choice of law issues.

“The Complex Litigation Department at Simmons Hanly Conroy is on the cutting edge of high stakes litigation, constantly looking at novel legal theories to help the clients we represent,” Justin said. “No case is too complicated or difficult for us to handle, and we have the experience and resources needed to creatively and strategically win hard cases."

Justin works on the analytical and strategic components of the firm’s cases. Along with other attorneys in the firm, and frequently with co-counsel from other firms, he analyzes potential cases and develops case strategies. He takes the lead on preparing the papers that are filed with trial and appellate courts and has a passion for writing and the law.

Justin had an early introduction to working on complex and unusual cases, working on cases that were international in scope and often involved unusual legal questions – such as the Foreign Sovereign Immunities Act, the Warsaw Convention, federal and state application of the forum non conveniens doctrine, and federal preemption in pharmaceutical, medical device, automobile, and other product liability cases. He once told one of his early mentors, Mike Maloney of Houston, “Mike, every one of your cases is like a law school exam question.

”That early experience was instrumental in Justin learning to find ways to prosecute complicated cases using creative but legally sound strategies, and the importance of not just winning in the trial court but making sure you can preserve that win on appeal.

Justin was fortunate to work alongside some of the finest legal writers in Texas early in his career. That experience inspired him to develop a writing style that is plain and direct, rather than the “legalese” found in so much legal writing. Most issues are decided based on the papers provided to the court, often without having an oral hearing on motions, which puts an emphasis on the quality and persuasiveness of those papers.

Changes in court procedures following the COVID-19 pandemic have caused in-person hearings to become even less common, a trend that will likely continue in the future. As a result, hard-hitting and straightforward written submissions will be even more important. With many courts turning to technology to conduct remote hearings by teleconference and videoconference, Justin has focused on developing strategies for being a compelling advocate in those settings as well.

Justin currently represents the interests of Simmons Hanly Conroy’s many governmental clients in the massive and far-reaching litigation involving the pharmaceutical industry’s improper promotion and distribution of prescription opioid medications. He is a member of the Law and Briefing Committee in MDL 2804, In re National Prescription Opiate Litigation, Northern District of Ohio; he was part of the trial team representing the firm’s clients in the coordinated New York state court litigation, Index No. 400000/2017, In re Opioid Litigation, Supreme Court of the State of New York, County of Suffolk.

Opening statements for the New York opioid trial began in June 2021, marking the start of the first opioid case in the United States to be heard before a jury and, ultimately, the longest jury trial in the history of the New York State Supreme Court. The trial included over 800 exhibits and 9,000 filings.

Leading up to the trial’s opening arguments, several original defendants, including Johnson & Johnson and the pharmacies CVS, Walgreens, Rite-Aid and Wal-Mart, were severed from the trial. Additional defendants settled for significant amounts during the seven-month trial, which concluded with a plaintiffs’ verdict against opioid manufacturer Teva Pharmaceuticals and its subsidiaries, and the distributor Anda Manufacturing in December 2021.Key results from the trial totaled more than $1.7 billion in settlements, including:

These settlements provided recoveries for Suffolk and Nassau counties, the State of New York and numerous other New York counties the firm represents.

In addition to the national opioid MDL pending in the Northern District of Ohio (MDL 2804), Justin works with the Plaintiffs’ Steering Committee in MDL 2996, In re: McKinsey & Co., Inc. National Prescription Opiate Litigation, Northern District of California, which seeks to hold global consulting giant McKinsey & Co. responsible for its role in helping opioid manufacturers like Purdue Pharma develop strategies to aggressively promote the use of dangerous prescription opioid medications, which contributed to the opioid epidemic that has ravaged so many communities and affected so many lives.