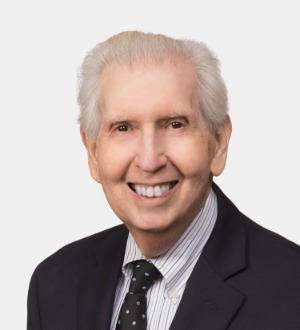 Recognized by Best Lawyers® since 1983.
420 South Orange Avenue, Suite 1200 Orlando, Florida 32801
(407) 423-4000
|
Firm: Akerman LLP
|  Website
Edit Profile
Edit Your Profile
To edit your Lawyer Directory information, please login to your
Best Lawyers® Admin Account.
If you have any questions or need assistance, please contact us at info@bestlawyers.com or 803.648.0300.
Overview
Firm

Described in Chambers USA as “an outstanding bankruptcy lawyer,” Jules Cohen represents banks and other lenders as secured creditors in bankruptcy proceedings in all types of businesses. He has represented clients in notable bankruptcy proceedings, including, the billion dollar Chapter 11 case of Braniff Airlines, serving as the court appointed examiner of the Sheraton Twin Towers case, and representing a lender group with a $114 million secured claim in the Gencor Industries case.

In addition, Jules represents buyers of assets from bankruptcy cases and defendants in preference suits. In addition to his Chambers recognition in Chambers USA, he has been listed in The Best Lawyers in America annually since its inception and is Board Certified in Business Bankruptcy Law.