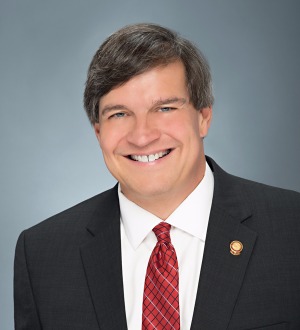 Recognized by Best Lawyers® since 2018.
6251 Monroe Street, Suite 200 Daphne, Alabama 36526
(251) 626-9340
|
jwells@carrallison.com
Firm: Carr Allison
|  Website
Edit Profile
Edit Your Profile
To edit your Lawyer Directory information, please login to your
Best Lawyers® Admin Account.
If you have any questions or need assistance, please contact us at info@bestlawyers.com or 803.648.0300.
Overview
Firm

After serving with distinction as a Mobile County District Judge from 1997-2007, Judson W. Wells joined Carr Allison as a shareholder on January 1, 2008.  Since joining Carr Allison, he has brought his years of judicial experience and prior defense attorney experience to serve his clients in many areas of the law.  He has defended labor and employment, professional liability, personal injury, worker’s compensation and insurance claims.  Judge Wells was recently named to The Best Lawyers in America® 2018 in the areas of labor and employment and workers’ compensation law.

During his time on the bench, Judge Wells handled a heavy docket of civil, criminal and traffic cases.  Additionally, he served as a “duty judge” for Mobile County Circuit Court, presiding over numerous civil jury trials, including a two week civil trial on a case of ?rst impression in Alabama.  Judge Wells served as a frequent lecturer for the Alabama Judicial College from 1998 through 2009.  He remains “on call” to handle court dockets for Mobile County District Court as needed.  Judge Wells serves as Special Master for the Mobile County Circuit Court and is serving a six-year term on the Mobile County Judicial Commission.

Judge Wells practiced law for 11 years prior to assuming the bench, specializing in insurance and corporate defense.  At the time of his appointment to the bench by Governor Fob James in 1997, he was a named partner in the ?rm of Janecky, Newell, Potts, Wells & Wilson, PC.

Judge Wells is a proud graduate of The University of Alabama (BA 1983; JD 1986).  He has served his Alma Mater in numerous capacities over the years, most notably by serving as president of the National Alumni Association (2005-2006), a 35,000 worldwide member organization, and president of the UA Law School Alumni Association (2000-2001).  He currently serves as a director of the UA Law School Foundation (2007-Present), a director of the Mobile Red Elephant Club and is a founding member of the Bama Tip-Off Club of Mobile.

An active community leader, Judge Wells currently sits on the Senior Bowl Committee and the Mobile Arts and Sports Association.  He is a past president of the Alabama District Judges Association (2004-2005) and the Mobile Touchdown Club (2005-2006), a 69 year old youth athletic charity.

Judge Wells enjoys spending time with his wife, Barbara, and two children, Judson Jr. and Mary Shannon.  He is an avid Crimson Tide fan and also enjoys playing tennis.  Judge Wells is an active member of St. Ignatius Catholic Church, where he serves as a Lector.