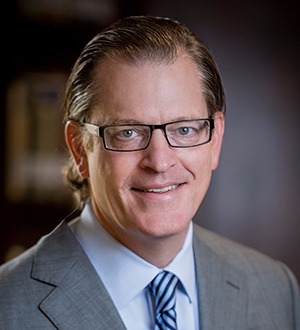 Board Certified in Personal Injury Trial Law by the Texas Board of Legal Specialization, Jud Waltman is the Managing Attorney in Houston over Personal Injury, Product Liability and Maritime Litigation.

Mr. Waltman joined The Lanier Law Firm in 2002 and limits his practice almost exclusively to the representation of individuals who are victims of injury or death. He handles cases involving commercial truck collisions, product liability, medical malpractice as well as a focus on workplace injuries and oil field accidents. He has tried numerous cases to verdict including receiving one of the largest verdicts in the history of Ward County, for an injured oilfield worker. He produced two of the firm’s largest settlements on behalf of clients who were catastrophically injured by commercial carriers.

Jud has also been awarded the prestigious AV-Preeminent Rating from Martindale-Hubbell, the highest level of professional excellence.

A native of Lufkin, Texas, Mr. Waltman attended Baylor University where he earned his undergraduate degree in History and Spanish in 1993. He received his law degree and graduated, with honors, from Texas Tech University School of Law in 1996.