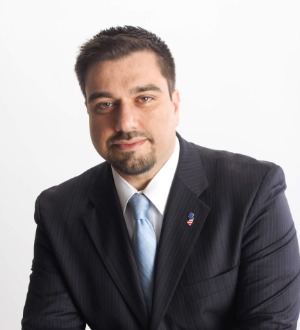 Joseph Maceri, Esq. is a partner at Snyder Sarno D'Aniello Maceri da Costa LLC and manages the firm’s Hackensack office. He is certified by the Supreme Court of New Jersey as a matrimonial attorney.

He received his Juris Doctorate from Michigan State University, College of Law and received his Bachelors of Arts in Political Science from William Paterson University of New Jersey.  Mr. Maceri also studied comparative constitutional and international law abroad at the University of Toronto, in Toronto, Canada and at Oxford University, Magdalen College, in Oxford, England.

After receiving his Juris Doctorate, Mr. Maceri served as a judicial law clerk for the 2002-2003 court term.  He clerked in the Family Division for the Honorable Sebastian Gaeta, Jr., J.S.C., Judge of the Superior Court of New Jersey, Bergen County Vicinage.  Upon completion of his judicial clerkship, Mr. Maceri entered private practice and continued his focus on family law and related matters.