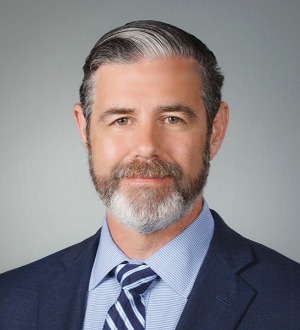 A managing member of the firm, Mr. Falasco's practice focuses on real estate litigation, product liability, class actions, and appeals.  Mr. Falasco was admitted to practice in Arkansas in 2002 and the United States Court of Appeals for the Eighth Circuit in 2005.  He has practiced before the United States Court of Appeals for the Eighth Circuit, the Arkansas Supreme Court, the Arkansas Court of Appeals, numerous federal and state trial courts, and many Arkansas administrative agencies.  Mr. Falasco is listed with The Best Lawyers in America® in the areas of Appellate Practice, Commercial Litigation, and Litigation – Real Estate and named Best Lawyers’ 2016 Little Rock Litigation-Real Estate Lawyer of the Year.  He is recognized by Chambers USA’s Guide to America’s Leading Lawyers for Business in the area of General Commercial Litigation, as a Mid-South Super Lawyer in the area of Business Litigation by Super Lawyers, and named to the Under 40 Hot List and a Future Star in Litigation by Benchmark Litigation.  He is rated AV Preeminent® by Martindale-Hubbell and a member of the Federation of Defense & Corporate Counsel.

In 2009, Mr. Falasco was awarded the Arkansas Exceptional Service Medal by Governor Mike Beebe in appreciation and recognition of his successful pro bono representation of an active duty member of the Arkansas National Guard and defense of a state statute in Cato v. Craighead County Circuit Court, 2009 Ark. 334, 322 S.W.3d 484.  Other representative appeals include:

Prior to joining Quattlebaum, Grooms & Tull PLLC, Mr. Falasco served as a law clerk to the Honorable Lavenski Smith of the United States Court of Appeals for the Eighth Circuit and the Honorable Annabelle Clinton Imber of the Arkansas Supreme Court.