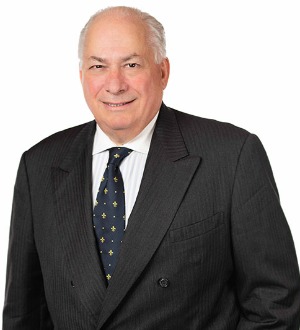 Joseph J. Schiavone is a senior member of the firm's insurance and reinsurance practice group.

With over 35 years of litigation experience, Joe represents many of the nation’s largest insurers and reinsurers in a broad range of complex matters.  He routinely advises and litigates matters involving all forms of reinsurance, primary and excess insurance coverage, products liability, class actions, environmental liability, bad faith, errors and omissions, and directors and officers coverage.

Joe is a leading trial lawyer who has tried numerous insurance and reinsurance cases in arbitration and litigation.  He has handled hundreds of such cases and has tried over one hundred to final decision.  He has also handled major trials in both state and federal court including appeals and arbitrations.  Joe has appeared as counsel before virtually all the leading arbitrators in the insurance industry.  He has appeared in cases in most of the Federal Circuits and has argued or tried some of the leading court decisions in reinsurance, including:

Joe is an internationally recognized speaker and chairperson at industry and legal conferences on insurance and reinsurance law issues.  Over the last thirty years, he has appeared nationally and internationally as a speaker on allocation, insolvency, long-tail claims, including asbestos and environmental, agency/pool business, ENRON claims, and breast implant claims, among other topics.  He has appeared as chairperson or speaker at industry conferences hosted by:  ARIAS; International Alliance of Asbestos and Pollution Reinsurers (“INTAP”); Hawksmere Ltd.; ABA-U.S. Insurance Section; Reinsurance Association of America; Mealey’s Insolvency and Reinsurance Roundtables; and Glasser LegalWorks.  He also frequently writes on topics affecting the industry.