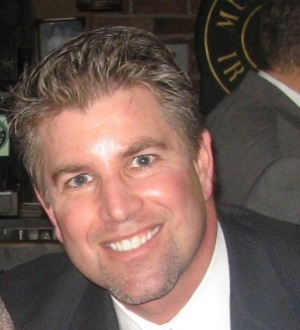 Born in Great Neck, NY, Jordon moved west to southern California in 1981. He graduated from Cal State Fullerton in 1994 and from the Whittier School of Law in 2000.  Jordon is a Certified Specialist in Family Law, as per the State Bar of California Board of Legal Specialization.  During law school, Jordon was a member of the Moot Court Honors Board and also served as its Chief Justice in 2000. He was placed on the Dean's List for achievement in academics as well. Upon his graduation, Jordon received the much-coveted Dean's Outstanding Student Service Award for both law school as well as the community service work he performed throughout law school.

Jordon was court-appointed to represent the interests of minor children. He is an alumnus of the Family Law Trial Institute (2009), which is a preeminent national program that has for more than twenty years provided advanced education, instruction and training in trial practice. Jordon is also an alumnus of the Advanced Child Custody Institute (2012). Jordon was a part of the the AFCC’s 50th Anniversary Conference in L.A. “Riding the Wave of the Future: Global Voices, Expanding Choices”. This conference focused on the Family Law Community in both the present as well as where it is heading in the future.  Jordon is a member of the O.C. Bar Association (Member, Family Law), Director of the Orange County Bar Association (2017 to 2018), Assoc. of Family and Conciliation Courts (Member), and Assoc. of Certified Family Law Specialists. He is also a founding member and former President (2010-2016) of the O.C. Jewish Bar Association, and a Founding Fellow member of the O.C. Bar Foundation’s Society of Fellows.  Jordon is a past ADL Orange County/Long Beach Regional Vice Chair (2013 – 2014) as well as the American Jewish Committee’s 2011 recipient of the Learned Hand Emerging Community Leader Award.  Jordon currently sits on the Board of Caterina’s Club which feeds 4000 children nightly in southern California. Jordon continues his involvement with the Anti-Defamation League as a Board member since 2011.