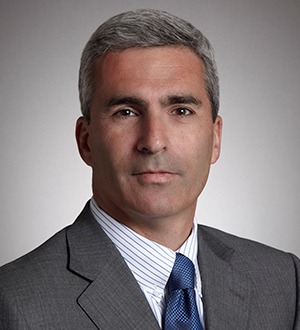 Recognized by Best Lawyers® since 2008.
425 Market Street San Francisco, California 94105-2482
(415) 268-7000
|
Firm: Morrison & Foerster
|  Website
Edit Profile
Edit Your Profile
To edit your Lawyer Directory information, please login to your
Best Lawyers® Admin Account.
If you have any questions or need assistance, please contact us at info@bestlawyers.com or 803.648.0300.
Overview
Firm

Jordan Eth is Chair of the firm's Securities Litigation, Enforcement, and White-Collar Criminal Defense Group. He is one of the nation's leading securities litigators, representing public companies and their officers and directors in securities class actions, SEC investigations, derivative suits, mergers and acquisitions litigation, and internal investigations. In 2008, Mr. Eth received aCalifornia Lawyer Attorney of the Year Award for co-leading the successful defense of JDS Uniphase Corp. and its former executives in a securities class action jury trial seeking $20 billion in damages.

Mr. Eth has more than 25 years of experience handling complex and high-stakes litigation.  He has represented dozens of companies and individuals in a broad range of industries, including financial services, computer software and hardware, life sciences, and consumer products. Read more about Mr. Eth's representations.

Mr. Eth is a frequent speaker across the country on securities litigation topics and actively participates in programs put on by The SEC Institute, the Practising Law Institute, and the Stanford Directors' College. He has also authored many articles on securities litigation. During Winter Quarter 2012, Mr. Eth taught “Modern Securities Fraud Litigation: Public and Private Enforcement” as an Adjunct at Stanford Law School.
List of Mr. Eth's speaking engagements.
List of Mr. Eth's publications.

Mr. Eth is recommended by multiple publications including Chambers USA: America’s Leading Lawyers for Business; Legal 500 US; The Best Lawyers in America; Benchmark Litigation; and PLC Which Lawyer? In 2010, he was selected by his peers as one of Law360's 10 Most Admired Securities Attorneys.

He served as a law clerk to the Honorable Chief Judge Robert F. Peckham, United States District Court for the Northern District of California, from August 1985 through August 1986. From 1980 through 1982, Mr. Eth worked as an economist in Washington, D.C., first for the United States Department of Energy and then for the Budget Committee of the United States House of Representatives.

Mr. Eth received his J.D. from Stanford Law School, was elected to the Order of the Coif, and served as Co-President of the Moot Court Board. He received his B.A. in Economics from Swarthmore College, with highest honors and Phi Beta Kappa.