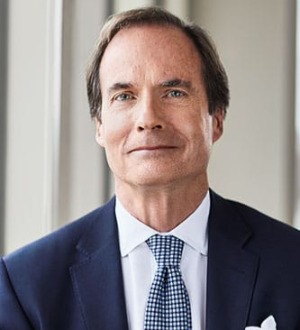 Massachusetts Lawyers Weekly named Mr. Fitch as a "Lawyer of the Year 2009." In 2011 and 2012, Mr. Fitch was named a "Top 100 Massachusetts Super Lawyer" in a list published by the Thomson Reuters rating service in Boston Magazine. He is regularly listed in The Best Lawyers in America®. Mr. Fitch has been named a "Massachusetts Super Lawyer" annually since 2004, has been ranked at the highest level of legal ability, AV Preeminent®, by the Martindale-Hubbell Law Directory® since 1984, and receives the rating of "Superb Attorney" by Avvo.

“Mr. Fitch represented our company in a complex international arbitration case involving the unlawful termination of a license agreement by a listed USA corporation. This settled and included a multi-million dollar payment to us. Jonathan Fitch initially comes across as a quiet and considered individual. He listens, absorbs detail and opinions, and then makes convincing recommendations and decisions that get right to the heart of the issues. In Jonathan Fitch, I saw all the key qualities we needed in one person without the other difficulties. For this arbitration Jonathan Fitch came up against top arbitration lawyers, this was a hard fought issue on both sides involving very material sums of money. Jonathan not only held his own, he walked all over the opposition. The result shows simply how good he is.”

“My wife and I bought an expensive apartment in Cambridge, MA. In a week we faced an eviction letter due to the elaborate fraud scheme mastered by developers, lawyers and realtors, who left us empty-handed. Because of the enormous complexity we could not find an adequate legal help for a month... at last we were referenced to Atty. Jonathan W. Fitch of Sally & Fitch LLP in Boston. Indeed, it became our final stop. He won for us two jury trials at the Middlesex Superior Court, and obtained verdicts against all four parties we sued: fraud, intentional misrepresentation, malpractice, etc; legal fees and doubled damages. In sum, our intractable case was cured thanks to Mr. Fitch's unparalleled integrity and professionalism. I would strongly recommend his service to anyone in a serious legal trouble, as ours, and I have no doubts and second thoughts in doing so.”

“This was an employment contract dispute. Mr. Fitch helped me get a resolution quickly and cost effectively. He was always there when I needed him.”

“Jonathan Fitch provided excellent advice and was able to resolve successfully on two separate settlements of a lawsuit and international arbitration surrounding issues related to a product liability issue I was having difficulty with. He and his team were always there to provide counsel and advice as to how to resolve the issue at hand.  It was a very trying experience, but I always felt I was in good hands and their quick action and knowledge of the law gave me every confidence I had chosen the right firm.  I worked with Jonathan over a long period of time and always was confident my interests were being met and given the highest priority. I would not hesitate to call on him again.”