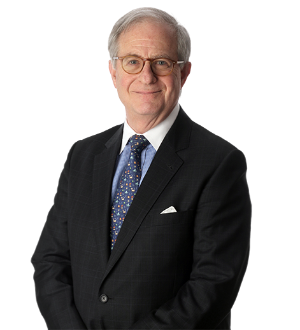 Recognized by Best Lawyers® since 2012.
One Vanderbilt Avenue New York, New York 10017
(212) 801-9200
|
Firm: Greenberg Traurig LLP
|  Website
Edit Profile
Edit Your Profile
To edit your Lawyer Directory information, please login to your
Best Lawyers® Admin Account.
If you have any questions or need assistance, please contact us at info@bestlawyers.com or 803.648.0300.
Overview
Firm

Jonathan L. Sulds is Co-Chair of the firm's Global Labor & Employment and Global Human Capital Solutions Practices. He has been representing leading employers since 1974 in virtually every aspect of their engagement, protection, management and reward of workforce resources. Jon regularly represents employers in the areas of collective bargaining and traditional labor relations, Employee Retirement Income Security Act (ERISA) litigation, wage and hour matters, discrimination complaints, restrictive covenant, duty of loyalty and trade secret litigation, Dodd Frank, Sarbanes-Oxley (SOX) and other whistleblower matters, global and domestic executive employment arrangements, and corporate campaigns. Jon is also involved in the labor and employment aspects of corporate transactions and class and collective actions that arise in these contexts.

Since the 1970's, Jon has been involved in a variety of high profile matters. His recent representations include negotiating the project labor agreement for the new stadium for one of America's most famous sports franchises. He has been lead counsel for a leading national package deliverer in two nationwide wage and hour class and collective actions seeking to challenge the exempt status of nearly every managerial position at the company. For one of America’s most watched television programs and its production companies and network, Jon gained EEOC dismissal of a multicomplainant charge targeting consideration of arrest records. Elsewhere, Jon represented the administrative committee of a retirement savings plan for a major energy company in the voting of company shares held in plan participants' accounts in a contested proxy contest, then represented that same committee in a parallel ERISA-based "stock drop case." In addition, Jon gained dismissal of a lawsuit brought by the dominant player in a niche of the financing industry against a startup that had hired the plaintiff's founder and CEO, its CFO and a majority of the plaintiff's sale force. Jon also advised one of America's iconic brands on the strategy it used to end an Internet and regulatory agency-based corporate campaign that had sought to sully his client's reputation in order to pressure it into giving in to undisclosed parties' own institutional objectives. In another area, Jon led a 40-lawyer team spanning ten GT offices advising a major media company on personnel restructurings.

Recently, among other matters, Jon represented the nation's leading telecommunications company in several "Blackberry" wage and hour cases. He also represents an American specialty retailer in a nationwide collective action and the fiduciaries of a major pension plan in a class action lawsuit alleging conversion from a defined benefit structure violates ERISA’s anti-cutback rule. Jon is the principal collective bargaining spokesperson for a leading magazine publisher faced with the print-to-Internet phenomenon. He is also advising on structuring the collective bargaining and multiemployer pension plan and healthcare strategies for a company with multiple collective bargaining agreements throughout the Country.

Jon is a frequent lecturer and writer. His breadth of experience is reflected in the treatise that he authors, New York Employment Law (Matthew Bender/LexisNexis, 2d Ed, updated annually).