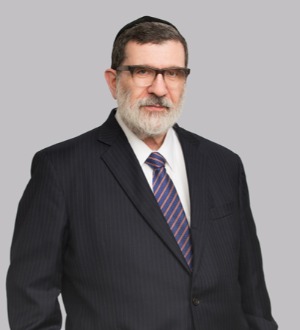 Jonathan Rikoon practices in the areas of trust and estate planning, administration and litigation. He engages in sophisticated estate and tax planning for wealthy individuals and families, preparation of wills and trusts and the administration of trusts and estates. He helps to establish various tax-efficient multi-tier family, business and investment vehicles, such as partnerships, limited liability companies and closely held corporations with trust ownership, and he structures third-party business transactions to facilitate tax and estate planning. Jonathan has pioneered the development of estate planning techniques customized for private equity fund principals and hedge fund managers, and he has written and presented on that topic for the NYU Institute on Federal Taxation and the University of Miami Heckerling Institute on Estate Planning.

Jonathan’s practice also includes negotiation and resolution of family business and trust disputes, as well as Surrogate’s Court and tax litigation. His writings have appeared in a number of journals, and he has lectured for the Practising Law Institute, the American Corporate Counsel Association, the American College of Trust and Estate Counsel, the New York State, City and County bar associations and other groups.

In 2008, Jonathan was nominated by the Senate and appointed by the President to serve as a member of the U.S. Commission for the Preservation of America's Heritage Abroad. He was appointed in 2009 to the New York EPTL-SCPA Legislative Advisory Committee as a liaison to the New York City Bar Association. In 2011 Jonathan was appointed a member of the Surrogate’s Court Advisory Committee to the Chief Administrative Judge of the State of New York. As an active member of several committees of the Association of the Bar of the City of New York and the New York State Bar Association, he has drafted several items of proposed and enacted New York legislation.