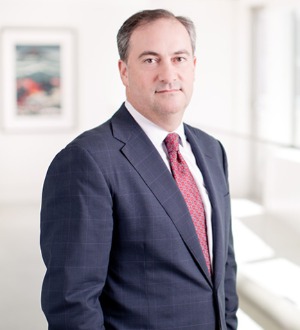 Recognized by Best Lawyers® since 2010.
1625 Eye Street, NW Washington, District of Columbia 20006
(202) 383-5300
|
Firm: O'Melveny & Myers
|  Website
Edit Profile
Edit Your Profile
To edit your Lawyer Directory information, please login to your
Best Lawyers® Admin Account.
If you have any questions or need assistance, please contact us at info@bestlawyers.com or 803.648.0300.
Overview
Firm

Jon has authored briefs in dozens of US Supreme Court cases at both the merits and certiorari stages. He has argued five cases in the US Supreme Court and appeals in every federal circuit. He has also briefed and argued appeals in numerous state courts, including New York, California, Ohio, Pennsylvania, Florida, Massachusetts, New Jersey, Maine, Montana, Nebraska, and the District of Columbia. Jon’s appellate work has resulted in reversals of trial-court judgments (including jury verdicts) worth tens of millions and even billions of dollars. He has also briefed and argued many trial-level matters, has conducted discovery and depositions in complex litigation matters, and has handled several trials. Jon’s areas of expertise include federal constitutional law, insurance, ERISA, criminal law and procedure, and federal jurisdiction and procedure.

The American Lawyer named Jon its “Litigator of the Week” in August 2015 for his precedent-setting victory in a Second Circuit appeal involving the Alien Tort Statute. The Wall Street Journal described Jon in January 2011 as a “rising appellate star.”  He was named “Appellate Lawyer of the Week” by the National Law Journal in 2011, and he has repeatedly been selected as a leading US appellate lawyer by Chambers, Legal 500, and The Best Lawyers in America ©.

Jon was a Lecturer in appellate advocacy for five years at the Harvard Law School, where he co-founded and co-directed the HLS Supreme Court and Appellate Advocacy Clinic. He is Co-Chair of the Supreme Court Amicus Committee of the National Association of Criminal Defense Lawyers.