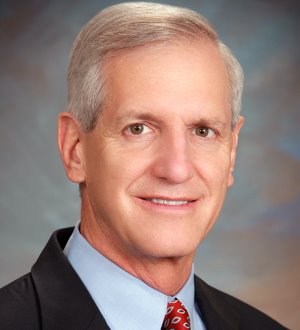 Recognized by Best Lawyers® since 2015.
365 East Coronado Road Phoenix, Arizona 85004
(602) 230-8857
|
Firm: Schneider & Onofry, P.C.
|  Website
Edit Profile
Edit Your Profile
To edit your Lawyer Directory information, please login to your
Best Lawyers® Admin Account.
If you have any questions or need assistance, please contact us at info@bestlawyers.com or 803.648.0300.
Overview
Firm

Jon Schneider was Best Lawyers® 2017 "Lawyer of the Year" (Phoenix) in Insurance Litigation. His practice encompasses a wide variety of civil litigation matters, including divorce and family law.

Jon Schneider founded Schneider & Onofry in 1999. His practice has encompassed a wide variety of complex cases, including:

Family law also makes up a significant portion of Jon's practice, with an emphasis on serving divorce clients in Maricopa County and Yuma County.

Jon is a member of the American Board of Trial Advocates. ABOTA membership requires having served as legal counsel in 20 or more jury trials, a standard that Jon has more than doubled.

The Best Lawyers in America® named Jon the 2017 Phoenix “Lawyer of the Year” in Insurance Litigation. A Martindale-Hubbell® AV Preeminent® attorney, Jon is a nine-time Super Lawyers selectee and current Best Lawyers® honoree.

Before entering private practice, in 1984-1985 Jon served a judicial clerkship for the Hon. Thomas C. Kleinschmidt of the Arizona Court of Appeals.

Away from the office, Jon is a devoted husband and father and a fan of the Phoenix Suns and UofA Wildcats.