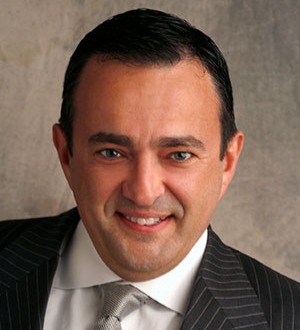 John Zavitsanos is a widely regarded trial lawyer who loves trying cases and loves winning. He has achieved success for a multitude of clients – both defendants and plaintiffs, from big energy companies to lone whistleblowers battling the odds.

He has tried more than 75 cases to verdict in litigation that runs the gamut: financial services, oil and gas, construction, complex commercial disputes, director and officer liability, noncompete and trade secret disputes, and catastrophic personal injury.

Using his own cutting-edge, courtroom research, he knows what works with juries. And his willingness – delight, actually – at trying a case with confidence has impressed numerous heavyweight clients. As one happy customer put it, “I find that many large law firms are willing to capitulate too quickly and pressure me to settle too soon.” He said he knows that Mr. Zavitsanos is “serious about going to trial.”

Mr. Zavitsanos’ considerable talents have been recognized by every possible legal rating service. For 13 consecutive years, he’s been listed by Best Lawyers in America. He’s recognized for his General Commercial Litigation work in Texas by the highly respected Chambers USA: America’s Leading Lawyers for Business, published by London-based Chambers and Partners.

He has achieved the highest possible peer rating, AV Preeminent, by Martindale-Hubble, the premier legal directory, for his Business Litigation practice. He’s been named one of the Top 100 Lawyers on the annual Texas Super Lawyers list for the past seven years. And he is Board Certified in Civil Trial Law by both the Texas Board of Legal Specialization and the National Board of Trial Advocacy, an accomplishment held by less than 2 percent of all practicing lawyers in the state of Texas.

Mr. Zavitsanos co-founded the firm with Joe Ahmad in 1993 in a creaky building with a leaky roof. From that beginning, they built a firm that in 2014 was dubbed a “Texas Powerhouse” by the national online legal publication Law360.

In growing his firm to more than 40 lawyers, Mr. Zavitsanos has hired carefully. Many on his hardworking team are self-made people who had to work their way through school – backgrounds similar to his own.

Early on, it was clear that Mr. Zavitsanos would be a trailblazer. In 1998, he tried to verdict what is believed to be the first same sex harassment case, recovering more than $1 million in damages and fees for his client. In 2002, he won a complex business tort involving 1,000 exhibits that he managed to turn into a “paperless” trial by using the latest technology.

Since then, the firm has stacked up increasingly bigger wins in disputes involving hundreds of millions or billions of dollars. A particularly tangible example of the firm’s success came in 2009 when the general counsel of National Oilwell Varco, a company that had lost a trial to Zavitsanos a year earlier, hired the firm. “It was the first and only time I’ve ever hired a law firm that had beaten us in court,” the GC said.

As another major energy client summed it up, Mr. Zavitsanos brings “a plaintiff’s and a defense perspective” and is “never afraid to take a case to trial.”

*In 2014, Enterprise Products Operating LLC hired Mr. Zavitsanos in a $45 million pipeline case when it became clear this case was going to trial. He and AZA replaced a BigLaw firm. He  immediately shifted the pre-trial strategy to focus on destroying the defenses arising out of the failed construction of underground pipelines designed to carry gasoline and other products.  AZA will take this case to trial and expects to force defendants to compensate its client for repair costs.

*In 2014, Mr. Zavitsanos and partner Elizabeth Fletcher won a take-nothing verdict from a Harris County jury for a Houston businesswoman, defeating multi-million dollar claims that she had received money from allegedly fraudulent commercial property sales.

*In 2013, Mr. Zavitsanos prevailed for a client with $115 million at stake in an energy sector lawsuit filed by more than 100 oil and gas producers. He represented Plains All American Pipeline after SemCrude, a major midstream oil and gas company, filed for bankruptcy in 2008 without paying the oil and gas producers who sold to SemCrude in the preceding months. AZA participated in over 225 depositions in the case and convinced a key opponent to drop out just before a summary judgment hearing.

*In 2012, Mr. Zavitsanos with partner Todd Mensing  and firm attorneys Elizabeth Pannill Fletcher and Jane Robinson, garnered a defense win for Mistras Group Inc. in federal court by not only beating a competing company that sought $8 million in damages and was awarded nothing, but by also getting the trademark at issue dissolved. AZA lawyers won over both the judge and jury. It was the judge who granted Mistras the win on the $8 million trademark claim and the jury that found the mark was generic or descriptive.

*In 2011, Mr. Zavitsanos and Elizabeth Pannill Fletcher secured a defense verdict for Mistras Group Inc. following a trade secret case that included an award of $750,000 in attorneys’ fees. Mistras, a New Jersey-based company that assesses the safety of large corporate and infrastructure components such as refineries and bridges, was wrongly accused by Texas-based Sentinel Integrity Solutions of interfering with an employment agreement and obtaining confidential information when it hired a former Sentinel employee. According to Texas Lawyer’s verdict list, this was the fourth largest defense win in Texas in 2011.

*In 2011, Mr. Zavitsanos, along with Todd Mensing of the Firm, represented a man defamed by The Fort Bend Star and a reporter at the paper and won both in an interlocutory appeal and a jury verdict. In this case the Houston Court of Appeals unanimously affirmed the trial court’s denial of the Fort Bend Star’s Motion for Summary Judgment and rejected the Star’s argument that Texas should expand the “limited purpose public figure” doctrine. The jury later returned a remarkable $1.1 million verdict for the client over an article that made false allegations about his behavior and falsely claimed his father, a law enforcement officer, covered for him.

*In 2008, Mr. Zavitsanos was retained in a $40 million “bet the company” case involving claims brought against A&B Valve and Supply, an oilfield supply company by National Oil Well Varco. He was hired three months prior to the scheduled trial date. Shortly before Zavitsanos was hired, the trial court had entered a temporary injunction prohibiting A&B from doing business with a substantial number of its customers. This resulted in millions of dollars of losses. Within thirty days of being hired, Zavitsanos successfully obtained a writ of mandamus against the trial court and reversed the temporary injunction. They then proceeded to trial in March 2008. After five weeks of evidence, the jury returned a verdict in favor of Zavitsanos’ client on all claims. This case received national and international attention.

*In 2007, Mr. Zavitsanos was the lead trial counsel in a three-week trial involving a $150 million contractual dispute about a jointly owed offshore gas pipeline. Following