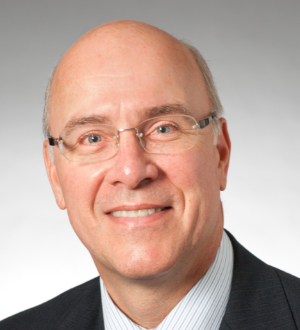 Years In Practice
Phone Number (440) 248-7906
Over 23 years representing municipalities, including defending cases on behalf of police and public entities alleging violations of civil rights as guaranteed by the First, Fourth, Fifth, Eighth and Fourteenth Amendments to the United States Constitution including claims of jail suicide, police pursuit, false arrest, excessive force by police officers and failure to properly train police officers. Defense of Public Entities in Land Use and Zoning Related Matters – alleged deprivation of plaintiff’s Fifth Amendment rights asserting an unconstitutional taking of property without just compensation by virtue of application of zoning laws and ordinances. Defense of Administrative Appeals to Common Pleas Courts regarding zoning and permit related issues.

Representation of civil defendants in federal and state courts throughout Ohio; lead counsel trial experience in both state and federal courts.

Lead counsel and argued over 100 public entity Sixth Circuit appeals, including several successful qualified immunity appeals on behalf of public officials.  Defended successfully against a number of petitions for writs of certiorari.
What legal services does this lawyer offer?
Civil Rights
Awards