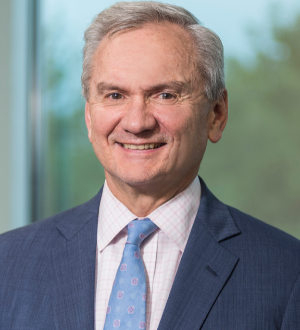 John Morken is a partner at Farrell Fritz, concentrating in the area of trust and estate litigation in the Surrogate’s courts and other trial and appellate courts throughout New York. His practice includes probate contests, discovery proceedings, accountings, and commercial litigation related to estates.

An author and lecturer on estate litigation topics, Mr. Morken’s articles have appeared in the NYSBA Trusts and Estates Law Section Newsletter and in the NYSBA Journal. These articles have included Hearsay Issues in Surrogate’s Court Proceedings; Usurpation of Trust Opportunities and Self-Dealing; Steps Taken While Testator Is Alive Can Play A Key Role in Upholding Client’s Estate Plan After Death ; The Dead Man’s Statute – Still Alive in the Surrogate’s Court; and Disqualification of Counsel in the Surrogate’s Court. He co-authored Representing the Fiduciary: Ethical and Practical Considerations for the Estates Attorney and Early Detection of Potential Conflicts in Ethical Obligations of Fiduciaries Can Prevent Later Problems.

Mr. Morken presented a seminar on jury trials to the Surrogate’s Association of the State of New York, a group that is comprised of Surrogate judges throughout New York State. He has chaired and co-chaired the Trust and Estates Law Section Annual Meeting, presenting programs that have included “Settling Litigation in the Surrogate’s Court”, “Bearing the Draftsman’s Burden: The Shifting Standards of Capacity”, and “The Trial of a Will Contest."

In 2016, the publication Chambers High Net Worth recognized Mr. Morken as a Leading Individual, NY Private Wealth: Disputes. He was named to The Best Lawyers in America (Litigation - Trusts & Estates; 2015-2017) and to the Super Lawyers - New York Metro (annually since 2008) lists.

Mr. Morken is admitted to practice in the State of New York and in the Southern and Eastern Districts of the Federal Court, the Second Circuit Court of Appeals, and the Tax Court. He has an AV Preeminent Martindale-Hubbell Peer Review Rating.

A graduate of New York University School of Law, Mr. Morken received his Juris Doctor in 1977 and his Bachelor of Arts Degree with Honors in Mathematics and Philosophy from Swarthmore College in 1974.