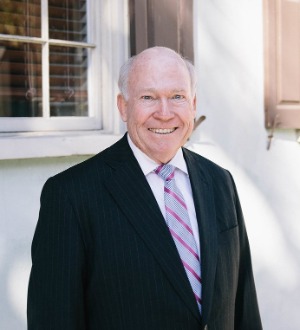 Johnny Linton represents Plaintiffs and Defendants and practices full-time as Special Counsel at Duffy & Young, LLC. He has concluded jury and non-jury trials in five Divisions of the United States District Court; has prevailed for clients in the United States Court of Appeals for the Fourth Circuit, the South Carolina Supreme Court, and the South Carolina Court of Appeals; and was lead counsel on brief and oral argument against the Solicitor General of the United States, Charles Fried, in the original jurisdiction of the United States Supreme Court. Johnny represents landowners in condemnation proceedings. He brings his problem-solving skills to bear for clients in business and fiduciary administration matters, and in serious personal injury matters. In addition, Johnny is often engaged to handle matters as a mediator, arbitrator, or special referee.

Johnny has been appointed by 1) the South Carolina Supreme Court as a Bar examiner and as a member of its Grievance Commission, 2) a United States District Court to review a Magistrate Judge’s qualifications 3) U.S. District Judge Michelle Childs as Special Master to handle the administration and appeals in a national class action, and 4) former Chief Justice Jean Toal as a Special Circuit Judge and special investigator.