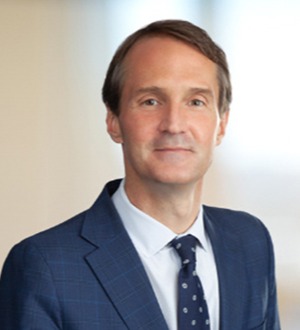 John helps his clients navigate complex business disputes, and, when litigation arises, he vigorously represents them in federal and state court proceedings throughout the United States, as well as in commercial arbitration proceedings. He has successfully handled a number of large, complex litigation matters, including a federal lawsuit against a manufacturer of alloy castings for the automobile industry, a complex lawsuit involving a large software implementation at a publicly traded clinical research organization, a number of lawsuits involving the theft of company trade secrets, and various matters for an Atlanta-based manufacturer and distributor of industrial cleaning supplies.

Prior to joining Barnes & Thornburg, John practiced law for over a decade with an AmLaw 100 firm, working in both Atlanta and the Research Triangle in North Carolina. He is admitted in both Georgia and North Carolina and has handled a number of litigation matters in both jurisdictions.

John has also participated in a number of pro bono matters throughout his career, including handling a range of dispossessory cases though the Atlanta Volunteer Lawyers Foundation and representing a number of detained immigrants in federal asylum proceedings. In 2017, he received the “Volunteer Lawyer of the Year” award from the Georgia Immigration and Asylum Network (GAIN).

John has published articles on telecommunications law issues, trade secrets, the Computer Fraud and Abuse Act, employee and vendor non-disclosure and confidentiality agreements, employment best practices, and cybersecurity. He has also presented at conferences and continuing legal education events, including the ITechLaw Conference, and, from 2011 to 2015 taught a civil litigation course at the University of North Carolina School of Law.

Before law school, John taught English at Xavier High School, the oldest Jesuit high school in New York City, and worked as a reporter for Forbes magazine, where he wrote about technology issues, startups and entrepreneurs.