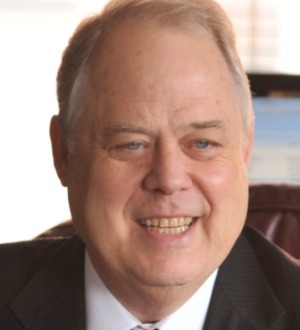 John Powers has represented the interests of catastrophically injured individuals for nearly 50 years. For more than 30 consecutive years, he has been selected by a nationwide vote as one of "The Best Lawyers in America" for his representation of plaintiffs in three separate areas of practice: “medical malpractice law”; “product liability litigation”; and “personal injury litigation”. In 2013, John was named “Lawyer of the Year” by Best Lawyers in America in the field of medical malpractice law - Plaintiffs.

The New York State Legislature recognized John’s lifetime of professional and community service by a Legislative Resolution which declared: “Rare indeed is the impressive dedication shown by an individual for the benefit of others that John K. Powers has displayed throughout his life”.

His firm, Powers & Santola, has repeatedly been selected by US News and World Report as one of the “Best Law Firms in America” for its representation of plaintiffs in medical malpractice, product liability and personal injury cases.

John is a Past-President of the prestigious Melvin M. Belli Society. He served as a member of the national Board of Governors of the American Association for Justice [AAJ] (formerly known as the Association of Trial Lawyers of America [ATLA]) from 1990 until 2004 and served two terms as a member of the association's Executive Committee. He is one of only 30 lawyers in the nation to be granted the status of "Life Member" in AAJ.

A Co-Founder of the National College of Advocacy and former President of the New York State Trial Lawyers Institute, John is in frequent demand as a speaker, particularly in the area of advocating on behalf of individuals who have suffered catastrophic injuries.  He has served as a chairperson or lecturer at more than 500 programs throughout the United States and Canada.

John has published many books, chapters and articles on legal issues, including a chapter in The National Head Injury Foundation Guide to the: Analysis, Understanding and Presentation of Cases Involving Traumatic Brain Injury.