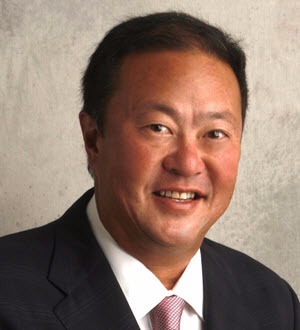 Recognized by Best Lawyers® since 2016.
4309 Yoakum Boulevard, Suite 2000 Houston, Texas 77006
(713) 522-1177
|
Firm: The Kim Law Firm
|  Website
Edit Profile
Edit Your Profile
To edit your Lawyer Directory information, please login to your
Best Lawyers® Admin Account.
If you have any questions or need assistance, please contact us at info@bestlawyers.com or 803.648.0300.
Overview
Firm

John H. Kim is a seasoned, respected civil trial lawyer who handles high-stakes litigation for international corporations and the most important case of their lives for individuals who have been injured by others. He practices in Texas, nationwide and internationally.

He was named 2018 TEX-ABOTA Trial Lawyer of The Year. He has also been named a Best Lawyer in America in the Commercial Litigation category by his peers. Recent past president of the Houston chapter of the American Board of Trial Advocates (ABOTA), he is Board Certified by the Texas Board of Legal Specialization – Personal Injury, and he has the highest rating of AV Preeminent in the national Martindale–Hubbell legal directory. He also has been named to the Texas Super Lawyers list since it was first published in 2003 and named by that group as one of the Top 100 attorneys in Houston since 2013 and a Top 100 lawyer in Texas in 2015. And he was named a Benchmark Litigation Litigation Star 2013-2016 for accomplishments in general commercial litigation cases, as well as personal injury and product liability claims. Most recently, Mr. Kim was elected as a national trustee on the American Board of Trial Advocates (ABOTA) Foundation.

Mr. Kim has handled complex civil cases for businesses and individuals, including energy-sector litigation, antitrust, breach of contract and trademark cases. He also has handled many product liability, pharmaceutical and catastrophic injury/death trials, in addition to being appointed to MDL committees and as Class Action Counsel.

He received his J.D. from South Texas College of Law, where he was an ABA National Moot Court Champion, a member of the law review and received multiple honors, including Phi Delta Phi, Order of Lytae and Order of Barristers. He earned his B.B.A. in International Marketing from the University of Texas.

He is a member of the State Bar of Texas and admitted to practice before the U.S. Federal Courts of Appeal for the 5th and 7th circuits, the U.S. District Court for the Southern District of Texas, and the Supreme Court of the United States.

Mr. Kim has been active in causes he cares about. He participated in the tort reform fight in the Texas Legislature and testified for the Autism Society of Texas on the impact of proposed legislation regarding autistic children. He has also been involved in the proposed federal legislation surrounding the National Vaccine Injury Compensation Program.