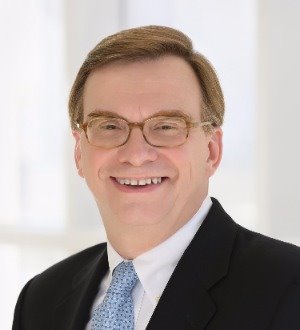 John Beisner is the leader of Skadden’s Mass Torts, Insurance and Consumer Litigation Group. He focuses on the defense of purported class actions, mass tort matters and other complex civil litigation in both federal and state courts. He also regularly handles appellate litigations and has appeared in matters before the U.S. Supreme Court. Over the past 25 years, he has defended major U.S. and international corporations in more than 600 purported class actions filed in federal courts and in 40 state courts at both the trial and appellate levels. Those class actions have involved a wide variety of subjects, including antitrust/unfair competition, consumer fraud, RICO, ERISA, employment discrimination, environmental issues, product-related matters and securities. He also has handled numerous matters before the Judicial Panel on multidistrict litigation, as well as proceedings before various federal and state administrative agencies, particularly the National Highway Traffic Safety Administration and the Consumer Product Safety Commission.

Mr. Beisner has advised on numerous high-visibility corporate crisis situations, including congressional hearings, federal agency investigations, state attorneys general inquiries and General Accounting Office reviews. Among others, he represented Merck in its Vioxx litigation. He also negotiated a settlement with state attorneys general regarding the Countrywide Finance/Bank of America mortgage lending practices investigation, resulting in a creative loan modification program intended to help more than 400,000 families maintain ownership of their homes. He was named “Litigator of the Week” by The American Lawyer for his role in this case.

Mr. Beisner is a frequent writer and lecturer on class action and complex litigation issues. In 2013, he received the Burton Award for Legal Achievement, which recognizes excellence in legal scholarship. Mr. Beisner also has been an active participant in litigation reform initiatives before Congress, state legislatures and judicial committees. He has testified numerous times on class action and claims aggregation issues before the U.S. Senate and House Judiciary Committees (particularly with respect to the Class Action Fairness Act of 2005) and before state legislative committees. For his integral role in crafting the Class Action Fairness Act, Mr. Beisner was recognized with the 2011 Research and Policy Award by The U.S. Chamber Institute for Legal Reform.

Mr. Beisner repeatedly has been selected for inclusion, and is in the top tier, inChambers USA: America’s Leading Lawyers for Business in the area of products liability, and he also is listed in The Best Lawyers in America, The Legal 500 U.S., Who’s Who Legal and Lawdragon 500 Leading Lawyers in America. Mr. Beisner was profiled in an article by The American Lawyer that named Skadden as a finalist in the products liability section of its Litigation Department of the Year contest (January 2012). He was named a “Life Sciences Star” in Euromoney’s LMG Life Sciences 2013 in the products liability category. He also was recognized as one of the 2013 “BTI Client Service All-Stars” by The BTI Consulting Group for providing outstanding client service. In addition, Mr. Beisner was selected one of Law360’s MVPs of 2011 in the products liability category, which recognizes those who have raised the bar in corporate law throughout the year. In 2010, Law360 profiled Mr. Beisner in two articles that named Skadden as a “Product Liability Group of the Year” and “Class Action Group of the Year.”

A list of the numerous published federal and state court decisions in which Mr. Beisner has played a role is available on request.