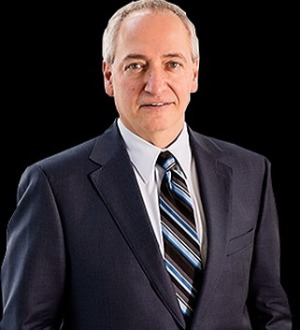 John G. Simon is the founder of The Simon Law Firm, P.C. He received both his undergraduate (1983) and law degree (1986) from Saint Louis University. John handles many types of cases including product liability, medical malpractice, wrongful death, and commercial litigation. During his career John has obtained more than 150 verdicts and settlements over $1 million, including 15 over $10 million and one over $100 million. On two occasions, John had the highest verdict in the state of Missouri.

Among his many accolades, John has been listed in Best Lawyers® in America since 2005. In 2018, 2016, 2015, and 2011 he was honored as “Lawyer of the Year” in St. Louis. In 2017, he celebrated his 13th year listed in Missouri and Kansas Super Lawyers® and sixth year listed as a Top 10 Attorney.  In 2011, John was inducted into the American College of Trial Lawyers (ACTL) and in 2014, he was inducted into the Inner Circle of Advocates, an honor bestowed upon the top 100 plaintiff attorneys in the United States.

John received the Spirit of Justice Award from the Saint Louis Bar Foundation in 2009. He received the Bar Association of Metropolitan St. Louis Distinguished Lawyer Award in 2014 and in 2016 he was awarded the Legal Services of Eastern Missouri Robert Walston Chubb Award for his commitment to the programs of LESM. In 2016, he was inducted into the Saint Louis University School of Law Hall of Fame.

John has written and lectured on a variety of aspects of civil trial practice and shares his experience by teaching Trial Advocacy at Saint Louis University School of Law.

John’s passion to help people reaches beyond the courtroom. For the past 13 years, he has held a legal seminar and donated all of the proceeds to Legal Services of Eastern Missouri. John serves on the boards of LSEM, Saint Louis Bar Foundation, and ACCESS Academies. In 2010, he launched Project XOXO, which provides support to homeless persons in the St. Louis area.