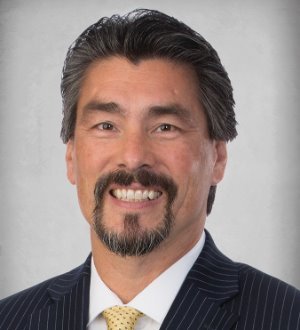 John F. Koryto is a Member and has practiced law since 1992, concentrating his legal representation on the areas of immigration law and employment law.  This work often involves advising international or non-U.S. based investors and their U.S. management teams on the related business and legal issues, which arise when opening or expanding U.S. operations.  Immigration law services have been extended to clients located throughout the U.S. and abroad.

Mr. Koryto has worked with numerous corporations and institutions to develop efficient and cost effective means of acquiring temporary and long-term employment-based visas for executives, managers, and highly skilled workers.  Examples of his work include developing a J Visa (exchange visitor) program for a leading cancer research institution and local colleges to facilitate the recruitment of acclaimed researchers from around the globe, and blanket L Visa petitions to gain advance authorization for a group of workers for manufacturing operations.

Mr. Koryto regularly advises owners and managers of companies headquartered outside of the U.S.  He often works with legal counsel based in Europe and Canada on compliance issues related to U.S. business and employment laws.  As an example, he has assisted several corporations based in Germany through mergers and acquisitions, offering particular help with employment and immigration issues.  He has been able to identify potential problem areas in advance and changed the visa status for a number of key employees and executives, avoiding a loss of work authorization and future immigration law problems.

Because of this international client base, Mr. Koryto has gained considerable experience with the transfer of U.S. personnel abroad.  He has developed contacts with officials at many embassies to assist with this process.  Examples of this work include obtaining the proper visa and work authorization for the assignment of U.S. personnel to operations located in Brazil, Canada, Germany, Ireland, Japan, Mexico, and the United Kingdom.  In addition, Miller Johnson’s membership in Meritas, a worldwide alliance of over 165 independent business law firms, gives him quick access to highly qualified lawyers around the globe.

Mr. Koryto’s experience in the area of employment law has involved counseling employers on a variety of issues, from drafting employment contracts for executive personnel to investigating claims of racial or sexual harassment.  In addition, he has defended a number of clients faced with wrongful discharge claims, whistleblower protection claims, and I-9 enforcement actions.  Mr. Koryto is also experienced in handling issues concerning the enforcement of non-compete and non-disclosure agreements.

Mr. Koryto is the chair of Miller Johnson’s employment and labor section.  He is also the chair of the firm’s immigration practice group.

Mr. Koryto received his law degree from the University of Detroit-Mercy School of Law in 1992.  While in law school, he was honored for advocacy skills with selection to the American Inns of Court.  He received his undergraduate degree from Kalamazoo College in 1987.  His studies include a term at the International Institute in Madrid, Spain.  He attended Grand Rapids Community College and was selected to the National Talent Roster of Outstanding Minority Community College Graduates.