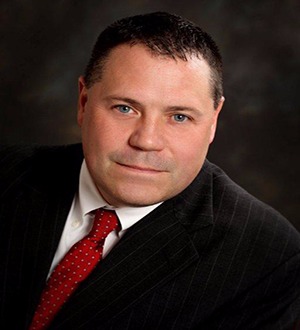 John Welch has dedicated his career to the defense of professionals, primarily physicians in professional negligence cases. After graduating with honors from Case Western Reserve School of Law, he joined a law firm working exclusively in the defense of physicians and hospitals. One of the original members of ATWF -- then Arnold & Associates -- John joined Mr. Gayle Arnold in 1998 -- then Arnold & Associates. He became a named partner in 2002, joining Gerald Todaro, when the firm name changed to Arnold Todaro & Welch. Primarily based in the Dayton area, John has managed the Dayton office of the firm since its inception in 2000.

John has defended physicians in state and federal courts throughout Ohio from northeast to southwest Ohio, from Toledo to Marietta, He has handled all types of complex and catastrophic injury cases including birth injuries, anesthesia, neurological injury, and brain injury.  He has also routinely lectured and educated physicians, residents and other healthcare providers on various medical malpractice issues and risk management.

In 2015, John was elected a Fellow in the American College of Trial Lawyers (ACTL).  He is listed in Best Lawyers in America® in the areas of medical malpractice law and personal injury law, and was recognized by Best Lawyers in both 2017 and 2015 as “Lawyer of the Year” in the practice area of Medical Malpractice Law ~ Defendants, Dayton, Ohio.

Admitted to the Ohio bar in 1991, he is also admitted to practice in the U.S. District Courts for Northern and the Southern Districts of Ohio, as well as the U.S. Court of Appeals, Sixth Circuit. John is a member of the Dayton and Ohio State Bar Associations as well as the Defense Research Institute.