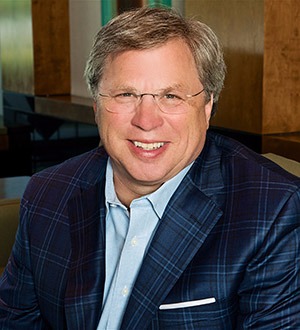 Recognized by Best Lawyers® since 1993.
5141 Virginia Way, Suite 270 Brentwood, Tennessee 37027
(615) 742-4880
|
Firm: The Law Offices of John Day, P.C.
|  Website
Edit Profile
Edit Your Profile
To edit your Lawyer Directory information, please login to your
Best Lawyers® Admin Account.
If you have any questions or need assistance, please contact us at info@bestlawyers.com or 803.648.0300.
Overview
Firm

John was inducted into the American College of Trial Lawyers at the age of 45, and has been listed in Best Lawyers in America since 1993.  He is the current Chair of the ACTL Tennessee State Committee.   He is routinely included in "best lawyer" lists for Nashville and Tennessee. He was named Nashville Personal Injury Lawyer of the Year in 2009, Nashville Medical Malpractice Lawyer of the Year for 2010 and Nashville Bet-the-Company Litigation Lawyer of the Year for 2012. John is the author of Day on Torts: Leading Cases in Tennessee Tort Law, first published in 2008. He is the co-author, along with Donald Capparella and John Wood, of Tennessee Law of Comparative Fault, first published in 1998. He is the Founder and Editor of the Tennessee Trial Law Report, a monthly newsletter devoted to developments in Tennessee tort law.  John has published more than 50 articles on tort and trial law; his writings have been cited in multiple opinions of the Tennessee Supreme Court.
What legal services does this lawyer offer?
Bet-the-Company Litigation
Commercial Litigation
Medical Malpractice Law - Plaintiffs
Personal Injury Litigation - Plaintiffs
Product Liability Litigation - Plaintiffs
Awards