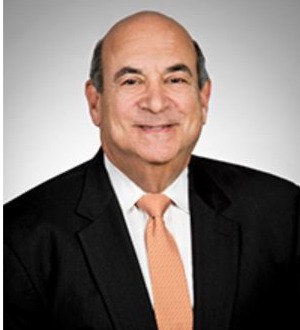 Years In Practice
Phone Number (561) 910-5700
JEROME L. "Jerry" WOLF, is a member of the Florida and New York Bars. Jerry has more than 40 years of experience as a trusts and estates lawyer and practices in the areas of estate, tax, asset protection and business succession planning for high net worth families. He provides sophisticated transfer and generation-skipping tax strategies to successful individuals and advises closely held corporations, partnerships and other business entities on succession and asset protection planning structures. Jerry is certified as a specialist/expert in Wills, Trusts & Estates law by the Board of Legal Specialization and Education of The Florida Bar, and Jerry has also been awarded an “AV” rating by Martindale-Hubbell. In addition, Jerry is a Fellow of The American College of Trust and Estate Counsel (ACTEC) and is a founder and Co-Dean of The Florida Fellows Institute. He currently serves as a member of ACTEC’s Asset Protection Committee and Estate and Gift Tax Committee. An active member of the Florida Bar’s Real Property, Probate and Trust Law (RPPTL) Section, Jerry has served as a member of its Executive Council and has chaired numerous committees and participated as a speaker in many of the RPPTL’s Continuing Legal Education Programs. Jerry most recently served as Co-Chairman of the Asset Protection Committee of the RPPTL Section. In addition, he is a recipient of the Annual Service Award by the RPPTL Section for outstanding effort and achievement on behalf of the Section. In addition to speaking for the Florida bar, ACTEC and other bar associations, for the past several years, Jerry has chaired the program on Wealth Protection and Preservation for Athletes and Entertainers as part of the ABA’s annual Entertainment and Sports Law Symposium. Also, Jerry has taught graduate level courses on “Business Succession Planning” and “Asset Protection Planning” at the Florida Trust School sponsored by the Florida Bankers Association. Jerry is also a frequent author on estate planning subjects. Jerry authored Chapter 7, “Creditors’ Rights To Assets in Trust”, of ASSET PROTECTION IN FLORIDA, and Chapter 6, “Creditors’ Rights and Spendthrift Clauses”, of ADMINISTRATION OF TRUSTS IN FLORIDA, each of which is published by The Florida Bar and Lexis Nexis. He is also the article of many articles including several published by the Florida Bar Journal. Jerry has been ranked as a Florida Super Lawyer, a Top Lawyer by the South Florida Legal Guide, and is included in the Best Lawyers in America and Strathmore’s Who’s Who Registry of Business Leaders. He has been honored by his selection as an Intermediary of the Bahamian Financial Services Board of the Commonwealth of the Bahamas; and has been selected by the Robb Report’s WORTH Magazine as one of the Top 100 Attorneys in the United States. In addition to his services to the bar, Jerry has been active in community service. Jerry was made an honorary member of the Louisiana State Bar for his efforts in assisting to resolve the property rights of families lost in Hurricane Katrina. Jerry has previously served as a board member of the Boca Raton Historical Society, the Jewish Federation of South Palm Beach County and as a member of the Board of Advisors of The Pine Crest School. Until recently, Jerry served as a board member of National Council of Arts and Sciences, Washington, D.C. and the Make-A-Wish Foundation of Southern Florida, Inc. He continues to serve as a member of the Make-A-Wish Foundation National Planned Giving Advisory Council.
What legal services does this lawyer offer?
Trusts and Estates
Contact Details and Office Locations
Office: (561) 910-5700
3020 North Military Trail, Suite 100
Boca Raton, Florida 33431
Boca Raton, Florida 33431
See Location