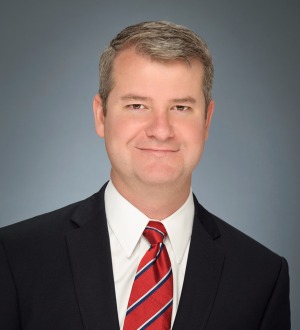 Recognized by Best Lawyers® since 2014.
100 Vestavia Parkway Birmingham, Alabama 35216
(205) 949-2935
|
jtrousdale@carrallison.com
Firm: Carr Allison
|  Website
Edit Profile
Edit Your Profile
To edit your Lawyer Directory information, please login to your
Best Lawyers® Admin Account.
If you have any questions or need assistance, please contact us at info@bestlawyers.com or 803.648.0300.
Overview
Firm

Jeremy N. Trousdale is a shareholder in the firm’s Birmingham, Alabama office.  Jeremy focuses his practice on defending workers’ compensation, retaliatory discharge and outrage claims.  He represents both self-insured clients and insurance carriers.

Jeremy is admitted to practice before the United States District Court for the Northern and Middle Districts of Alabama and the United States Court of Appeals for the Eleventh Circuit, which he has argued before numerous times.  He is a member of the American Bar Association, the Birmingham Bar Association, the Alabama Defense Lawyers Association and the Alabama Workers’ Compensation Organization.  Previously, Jeremy was a member of the American Journal of Trial Advocacy and Cumberland School of Law Trial Advocacy Board.

Outside of the office, Jeremy enjoys serving on the Board of the Magic City Art Connection.