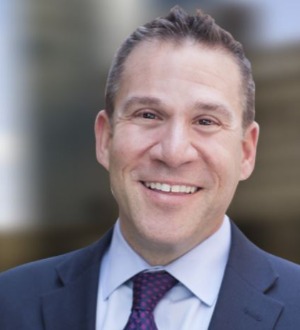 Jeremy A. Sitcoff is a shareholder in the Denver law firm of Levin Sitcoff specializing in the areas of insurance bad faith, personal injury and commercial litigation.

Mr. Sitcoff received his undergraduate degree from McGill University in Montreal, Quebec, Canada, and his Masters Degree from the University of Toronto.  He is a 1997 graduate of The John Marshall Law School, where he served as Editor-in-Chief of The John Marshall Law Review.  He was a member of the 1997 Robert F. Wagner, Sr. National Labor Law Moot Court team which received the award for Best Respondent’s Brief.

After graduation, Mr. Sitcoff served as law clerk to the Honorable Jose D.L. Marquez for the Colorado Court of Appeals.  He is a member of the Illinois (inactive) and Colorado bars and the Denver, Colorado, and American Bar Associations.  Mr. Sitcoff belongs to the Colorado Trial Lawyers Association and the American Association for Justice.  He serves as Vice Chair on the Board of the Legal Community Credit Union.  He has lectured in the areas of insurance coverage and bad faith law.