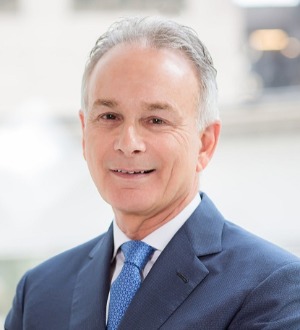 Jeffrey has practiced land use and zoning law for more than 25 years, and also has practiced in the fields of real estate law and litigation, earning recognition for himself and the firm he co-founded in 1996 with Michael Radell.

In 1998 and 1999, he served as a member of the State of Florida’s Transportation and Land Use Study Committee, created by the 1998 Legislature, as an appointee of the Secretary of the Department of Community Affairs. He has served as the representative for the Builders Association of South Florida on the Joint Board of County Commissioners/Miami-Dade County School Board Working Group on Public Schools Overcrowding Relief, and as the Builders Association’s representative on the Miami-Dade County Public Schools School Siting, Planning and Construction Committee.

Jeffrey is former Chairman of the Expressway Authority Committee of the Greater Miami Chamber of Commerce’s Transportation Group. As an active member of the Builders Association of South Florida, he has served as Chair of the Impact Fee Committee and as Vice Chairman of the Planning, Zoning and Growth Management Subcommittee. He chaired the Metropolitan Dade County Transportation, Infrastructure and Concurrency Task Force from 1991 to 1993, advising the Board of County Commissioners on transportation, mass transit, and other infrastructure matters. He also served on the Dade County Parks and Recreation Department’s Park Impact Fee Advisory committee.

Jeffrey has been selected as one of the Best Lawyers in America, Chambers U.S.A.’s “America’s Leading Lawyers for Business,” and Florida Trend’s Legal Elite. Best Lawyers in America, the oldest and most respected peer-review publication in the legal profession, named Jeffrey as the “Miami Best Lawyers Land Use & Zoning Law Lawyer of the Year” for 2012. The Legal 500 United States has named him as one of less than a dozen leading land use/zoning lawyers in the United States.

He was recognized as the “2018 Miami Land Use and Zoning Lawyer of the Year” in the 24th edition of The Best Lawyers in America©. Only a single attorney in each practice area and community is honored with a “Lawyer of the Year” award.