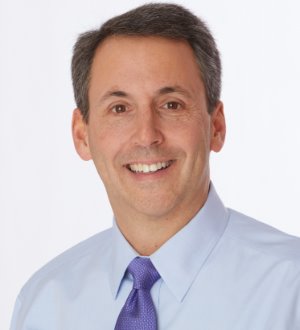 For more than a decade, Jeff has been recognized annually by his peers as a New York “Super Lawyer” (one of the Top 25 in Westchester County), and selected as one of US News & World Report’s “Best Lawyers in America” in the area of commercial litigation. He has also been named a lifetime member of “Elite Lawyers in America,” “The Multi-Million Dollar Advocates Forum,” and “Top Trial Lawyers in America.” He is a Fellow in the prestigious Litigation Counsel of America, and a member of the venerable American Bar Association Foundation.

Jeff’s versatility with a wide array of subject matters has led to his handling of many high profile, difficult cases. Among other matters, Jeff successfully led the defense in federal court of a boat-builder wrongfully implicated in the “Ethan Allen” tragedy on Lake George in which twenty persons perished, winning summary judgment on the client’s behalf; prosecuted a $4.5 million jury verdict in Columbia County against Rensselaer Polytechnic Institute (RPI); argued before the New Jersey Supreme Court the landmark consumer fraud class action, Lee v. Basic Research, which resulted in a unanimous, 9-0 opinion overturning the lower courts’ decisions denying class certification; and argued before the Massachusetts’ Supreme Judicial Court the precedent setting case of Tyler v. Michaels which declared unlawful the collection of personal identifying information in connection with retail credit card transactions. Jeff’s reputation for excellent results and dogged preparation, make him a formidable adversary, regardless of which side of the aisle any particular dispute may place him.

Jeff is no stranger to the Courtroom, and has successfully tried to verdict a diverse number of matters, including securing a defense verdict for Madison Square Garden and Amtrak in a federal jury trial in the Eastern District of New York; winning a multi-million dollar jury award in a state court breach of contract action in White Plains; prevailing in a nine month real estate fraud arbitration in New York City in which he recovered a multi-million dollar judgment; and securing on the eve of jury selection tens of millions of dollars for clients with catastrophic losses. Last year (2018), he won a $2.5 million award in a breach of contract action which he prosecuted before the American Arbitration Association.

Jeff led the successful prosecution of the wrongful death action of Baltimore Orioles’ pitcher Steve Bechler, helped extricate former light heavyweight World Champion boxer Reggie Johnson from an onerous promoter’s contract, and counseled the Estate of Tito Puente, the Latin Salsa King, in a misappropriation of name and likeness litigation. Jeff also spearheaded the successful prosecution of the United States Tennis Association’s (USTA) multimillion dollar breach of contract action against a sponsor of the US Open, as well as defended the USTA against a claim of disability discrimination which he successfully had dismissed, and successfully represented Heineken in a breach of contract action arising from a marketing services agreement. Jeff regularly counsels media and entertainment clients in contract negotiations, severance disputes, and intellectual property matters.

Jeff’s skill with complex litigation has also helped the Firm to develop significant experience handling a diverse array of maritime and admiralty matters. Jeff has successfully defended boat builders, marinas, charter vessels, stevedores and other marine interests in both federal and state litigations throughout the Country. Among other successful outcomes, Jeff defended a marine terminal operator in a federal wrongful death action in Portland, Maine; represented a luxury yacht manufacturer in a premises liability action in federal court in New Jersey; defended a Manhattan sight-seeing tour operator against a personal injury claim; and handled a Society of Maritime Arbitrators (SMA) arbitration concerning the scope of a contractual indemnity between a terminal operator and a multinational transport company.