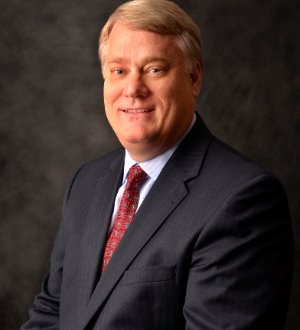 Mr. Mitchell focuses his practice in the areas of Traumatic Brain Injury and medical malpractice.  He is the past president of the National Brain Injury Trial Lawyers Association.  He is one of approximately 13 lawyers in Louisiana to be Board Certified in Medical Malpractice Cases by the American Board of Professional Liability Attorneys. In the past 4 years alone, Mr. Mitchell  has successfully settled or tried several TBI  cases resulting in more than $40 million in recoveries.  He also practices in the areas of Automobile Accidents, Products Liability, Premises Liability and Maritime Law.

Mr. Mitchell was also just selected for inclusion in the 2012-2021  editions of The Best Lawyers in America. Selection to Best Lawyers is based on an exhaustive and rigorous peer-review survey comprising more than 3.9 million confidential evaluations by top attorneys.

Mr. Mitchell was also just selected for inclusion in the 2012-2021`editions of Louisiana Super Lawyers in the area of medical malpractice. Only 5 percent of the attorneys in the State of Louisiana are named to the very prestigious list.

Mr. Mitchell’s law firm, The Cochran Firm- Metairie was a recipient of the 2014 and 2015  Litigator Awards, which honors the top 1% of lawyers in this country. The awards are based on actual “Verdict & Settlement” dollar achievement rather than peer popularity making them perhaps the most rigorous and openly judged Award Ratings Mr. Mitchell is also a Top 100 Diplomat in the National Trial Lawyers Association.

Mr. Mitchell is also the recipient of the prestigious Leadership in Law award for 2010. This award is given to the Top 50 attorneys in New Orleans as judged by a panel of professionals at New Orleans City Business Magazine.

In the November 2011 edition of New Orleans Magazine, Mr. Mitchell was recognized as one of only four attorneys as the top lawyers in Medical Malpractice Law.

In December 2010 and 2009, Mr. Mitchell was also named as one of the Top Lawyers in Medical Malpractice by New Orleans Magazine.

Mr. Mitchell holds the distinguished position of Senior Counsel with The College of Master Advocates & Barristers. Senior Counsel status is conferred consistent with the Common Law Tradition of honoring Skill and Experience as a Trial Lawyer as well as a demonstrated commitment to promoting Excellence in the Art of Trial Advocacy

Mr. Mitchell has authored numerous legal articles and been a frequent lecturer at legal Seminars. In 2012 he was an invited speaker for the American Board of Professional Liability Attorneys at their annual conference held in San Diego, CA where he presented on the topic of Continuity of Care in our Health Care System, He has also been a presenter for the past 5 years at the annual CLE of Louisiana seminar held in locations throughout the Caribbean on various medical malpractice topics.    He also co-chaired the seminar titled: Medical Records for Louisiana Attorneys. He has provided written articles and lectured numerous times on Recent Developments in Medical Malpractice.