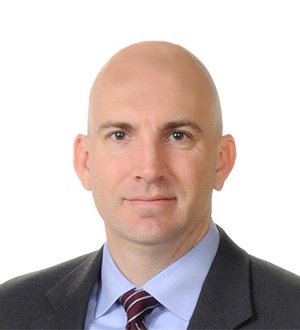 Recognized by Best Lawyers® since 2020.
100 Dunbar Street, Suite 300 Spartanburg, South Carolina 29306
(864) 699-1100
|
Firm: FordHarrison
|  Website
Edit Profile
Edit Your Profile
To edit your Lawyer Directory information, please login to your
Best Lawyers® Admin Account.
If you have any questions or need assistance, please contact us at info@bestlawyers.com or 803.648.0300.
Overview
Firm

Jeffrey Lehrer is a partner in the law firm of Ford & Harrison LLP, which is one of the largest labor and employment law firms in the United States.  He has been practicing labor and employment law exclusively since 1999 and has represented a diverse group of employers throughout the southeast.  He works closely with clients to comply with constantly changing laws and shield their businesses from frivolous employment claims.  The most common employment issues Jeffrey defends are discrimination, harassment, retaliation, wrongful termination, defamation, intentional infliction of emotional distress, breach of contract, and wage and hour and employee leave of absence related claims.

Jeff also protects clients' and their businesses from the theft of customers and confidential, proprietary, and trade secret information. He has extensive experience drafting, litigating, and advising clients about the use of non-compete, non-solicitation, confidentiality and trade secret agreements.

He has successfully represented employers in cases in state and federal courts throughout the southeast.  He regularly represents employers before administrative agencies such as Equal Employment Opportunity Commission, state agencies, and the Department of Labor.   Jeff has defended several cases filed with the American Arbitration Association.

Jeff grew up in the restaurant business.  His father owned a McDonald's franchise for over 25 years, with as many as six stores, and Jeffrey worked closely with his father in this business prior to law school.  Jeff regularly represents employers in the restaurant industry and has a unique understanding of the legal pressures and concerns facing this industry.   He also has extensive experience in the healthcare industry, representing numerous hospitals, physicians, and long-term care facilities.  Jeff recently defended multiple hospitals in a case alleging anti-trust violations.

Jeff also serves as a public official in the capacity of a Fire Department Commissioner.

- Successfully defended an appeal to the United States Supreme Court on behalf of a long-term care facility.

- Obtained a victory for a large multi-state hospital group on a highly contested executive age discrimination claim before the federal district court and United States Court of Appeals for the Fourth Circuit.

- Obtained a defense jury verdict for a large food distributor in an age discrimination and breach of contract case in U.S. District Court for the District of South Carolina.

- Obtained a defense jury verdict for a Fortune 500 employer in a race discrimination, retaliation, and breach of contract case in U.S. District Court for the District of South Carolina.

- Obtained a defense jury verdict for a Fortune 500 employer in a disability discrimination and failure to accommodate case in U.S. District Court for the District of North Carolina.

- Successfully argued the reported case of Yashenko v. Harrah's NC  Casino Co., LLC,  446 F.3d 541 (4th Cir. 2006), before the United States Court of Appeals for the Fourth Circuit.  This case established a significant defense for employers under the FMLA.

- Won a $260,000 judgment for a client (one of the largest commercial printing groups in the United States) in a case it filed against its former management officials for their misconduct in leaving the client, soliciting the client’s customers, and starting a competitive business.  Jeffrey won this verdict despite the fact that there were no employment agreements restricting post-employment competition.

- Received summary judgment in state court on a wrongful termination lawsuit for one of the largest hospital groups in the United States.