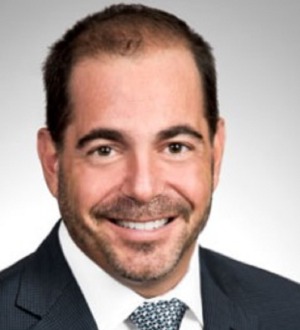 Having passed a rigorous exam and meeting on-going continuing legal education requirements, Jeff is Board Certified by the Florida Bar in Wills, Trusts and Estates law, allowing him to hold himself out as an “expert” in the field. Not only is Jeff a board certified attorney, but he also gives back to the program by annually teaching “Homestead” law at the Florida Bar’s board certification exam review course. Homestead issues are a true specialty for Jeff, as he has been involved (as drafter, advocate or otherwise) in many of the state’s leading Homestead matters. In addition, Jeff has frequently lectured throughout the state of Florida to estate planning counsels, tax counsels, the Attorney-Trust Officer liaison conference and numerous Florida bar CLE programs on Homestead and other topics.

An avid writer, Jeff is a frequent author and contributor to trusts and estates publications. He is the successor author of a treatise entitled: Estate, Gift, Trust and Fiduciary Tax Returns; Planning and Preparation, published by Thomson Reuters/Westlaw (updated and published annually since 2013). In addition to the treatise, Jeff has authored over 125 articles for professional publications. Among others, his articles have been published in Estate Planning, Trusts and Estates, Lawyers Weekly USA, The Family Advocate, The Florida Bar Journal, ActionLine, Probate and Property, Life-underwriters Association News, and M.D. News. Plus, he is a commentator and frequent contributor to Steve Leimberg’s popular on-line estate planning newsletter service, Leimberg Information Services, Inc.(“LISI”). Jeff has co-authored articles with some of the nation’s leading estate planners, including Jeff Pennell, Paul Lee, Jonathan Blattmachr and Howard Zaritsky. Further, he has authored chapters in The Florida Bar publications entitled: Basic Estate Planning in Florida, Drafting Marriage Contracts in Florida, Administration of Trusts in Florida and Basic Guardianship Practice in Florida.

Active in the Florida Bar’s Real Property, Probate and Trust Law Section (RPPTL), Jeff has served on the Section’s Executive Council for many years. He is also an active member of several RPPTL committees, including: Probate Law Committee (past chair of homestead law subcommittee), Charitable Organizations and Planning Committee (past vice-chair), Trust Law Committee, Homestead Problems Study Committee, Probate Litigation Committee, and Trusts and Estates Tax Law Committee. Jeff has been appointed by the Section chair to serve on a number of ad hoc committees, including the RPPTL’s 2019 Strategic Planning Committee and also its Homestead law ad hoc committee, where he participated in drafting several of Florida’s homestead laws. Currently and for the past several years, Jeff has been the Co-Chair of the Publications Committee of the RPPTL Section, which publishes the Section’s ActionLine magazine (Jeff is the Co-Editor-In-Chief of ActionLine). In 2018, Jeff was bestowed one of the RPPTL Section’s highest honors, the John Arthur Jones Annual Service Award, presented to a RPPTL Section member “rendering dedicated and significantly outstanding service to the Section”.

Jeff has been recognized as a leading attorney by many peer rating services. He is AV® rated by Martindale Hubbell, its highest rating for skill and ethics. Since 2008, Jeff has been annually included in Best Lawyers in America©, a rigorous peer review designation recognizing the top 4% of attorneys in the country. In 2013, Best Lawyers named Jeff the South Florida Trusts & Estates “Lawyer of the Year”. In 2005, 2006 and 2008, Jeff was named by Robb Report’s Worth magazine as one of the “Top 100 Attorneys” in the country for affluent clients. Since 2006, he has been included in Florida’s Super Lawyers inaugural and annual lists of the “top 5%” of Florida lawyers. In addition, each year from 2009-2020, Super Lawyers has listed Jeff as one of the state of Florida’s “Top 100 Lawyers”, and in 2014 Super Lawyers named him one of Florida’s “Top 10 Lawyers”. Additionally since 2006, Jeff has been listed among the “Legal Elite” in Florida Trend Magazine’s annual surveys of the “top 2%" of Florida lawyers, and in 2019 he was inducted into the Legal Elite “Hall of Fame”. During his career, Jeff has been frequently quoted as a tax and probate expert in local and national newspapers and periodicals including Money, Forbes, New York Times, Wall Street Journal, USA Today, Boston Globe, Miami Herald, and many others. He has also been a featured expert commentator on local and national television affiliates for NBC, CBS, ABC, Fox and other media. During the Ted Williams probate litigation in the early 2000s, Jeff was sought out by many national media outlets for commentary, including a quote on the front page of USA Today, appearances on all of the major television stations in Boston, and many guest appearances on Boston radio stations (highlighted by several interviews on “The Big Show” with Glenn Ordway). After the death of Anna Nicole Smith, he was again sought out by many national media outlets for expert commentary. Jeff was quoted on NBC and ABC, he was quoted in newspapers and websites (including CNN.com and msnbc.com), and he was interviewed on TV by Sue Herera on “The Power Lunch” on CNBC.

In addition to his experiences as an advisor to clients, Jeff spent four years of his career (2000-2004) as President and CEO of a national legal newspaper publishing company, Lawyers Weekly, Inc. He helped grow this closely-held business and led its sale to another media company. Jeff’s experiences as a CEO combined with his experiences overseeing the sale of the business provide him unique insights into the needs of his clients.