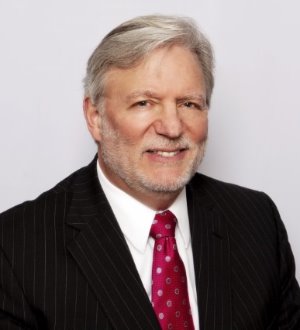 Jeff Weintraub is the managing partner of the Memphis office. He is a trial attorney who has represented employers in more than 59 jury and bench trials in the private and public sectors in employment-harassment/discrimination and retaliatory discharge lawsuits alleging violations of public policies and statutes, such as the False Claims Act. Jeff also handles Equal Employment Opportunity Commission (EEOC) charges, wage and hour cases, labor cases, and enforcing non-competes in all federal and state courts and agencies, various Courts of Appeals, and the U.S. Supreme Court. He provides training for employers in avoiding harassment charges and employment litigation and is a frequent speaker at employment and labor seminars around the country. For many years, he has taught the Employee Relations & Labor component in the Society for Human Resource Management's HR Certification course in Memphis. Jeff is admitted to practice in Tennessee, Mississippi, Arkansas and Missouri.

Jeff was selected for HR Executive’s 2016 Top 20 Lawyers in the United States in Traditional Labor & Employment Law. He has also been included in The Best Lawyers in America since 1995, as well as Mid-South Super Lawyers since 2005. Since 2010, he has been named as a Power Player in Employment Law by Inside Memphis Business. He also has been included in the World's Leading Labour and Employment Lawyers (United Kingdom) for the last ten years and has also been listed in Chambers USA, America's Leading Business Lawyers since 2013.