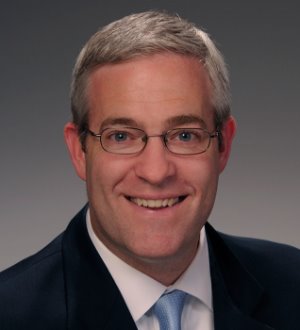 A member of the fim, Mr. Joyce handles a wide variety of transactions, with an emphasis on commercial real estate.  He has represented lenders and borrowers in closing numerous commercial loans during his tenure with the firm.  Mr. Joyce's work includes formation of horizontal property regimes, commercial lease negotiation for tenants and landlords, and real estate conveyances.  Mr. Joyce has substantial experience in formation and governance of corporate entities.  He also regularly provides local counsel opinions in connection with foreign transactions.

Mr. Joyce served in Washington D.C. for U.S. Representative Marion Berry as a legislative assistant from 1997 – 1999, and then served as Representative Berry’s legislative director from 1999 – 2001.  During his tenure with the firm, Mr. Joyce has regularly advised clients in drafting legislative proposals before the Arkansas General Assembly in the areas of economic development and real estate.

Mr. Joyce practices primarily from the firm’s office in Springdale, Arkansas, but also maintains an office at the firm’s Little Rock location.  He was admitted to practice in Arkansas in 1997 and is listed with The Best Lawyers in America® in the areas of Banking and Finance Law and Real Estate Law, with Chambers USA’s Guide to America’s Leading Lawyers for Business in Real Estate and Corporate/Commercial, and with Super Lawyers as a Mid-South Super Lawyer in Real Estate.  He was named the 2020 Little Rock Real Estate Law Lawyer of the Year and 2017 Little Rock Banking and Finance Law Lawyer of the Year by Best Lawyers® and is rated BV Distinguished® by Martindale-Hubbell.  Mr. Joyce is an Adjunct Professor at the University of Arkansas School of Law where he teaches Real Estate Transactions.

University of Arkansas at Fayetteville (B.A., 1993)