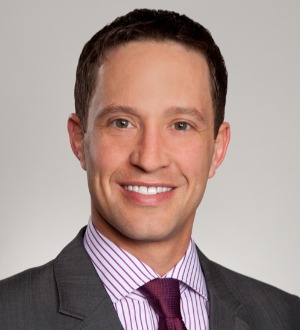 J Cabou is a litigator and a partner in the firm’s White Collar & Investigations practice. At both the trial and appellate level, J’s principal focus is on defending individuals and corporate entities against criminal and other government investigations, including in civil enforcement proceedings. J has particular experience in white collar matters and is a recognized authority on both state and federal civil forfeiture, seizure, and racketeering laws.

J represents entities across industry sectors, including virtual currency, money transfer, gaming, wholesale pharmaceuticals, legal services, and music and entertainment promotion. J’s individual clients include executives in these and other industries, as well as public officials and other prominent individuals.

In 2012, J co-founded Perkins Coie’s Corporate Social Responsibility & Supply Chain Compliance (CSR) practice. The CSR team counsels clients from numerous industries on integrating the expanding mandates of laws, such as the California Transparency in Supply Chains Act and Section 1502 of the Dodd-Frank Wall Street Reform Act, into their compliance programs. J and the CSR team also assist clients in investigating and mitigating compliance risks in related areas, including the Foreign Corrupt Practices Act and the U.K. Bribery Act.

J is also a member of the firm's Arts, Entertainment and Sports industry group. J is among a small group of lawyers nationwide who have advised athletes and team staff in matters involving eligibility for collegiate or Olympic teams and has represented athletes in investigations and arbitrations involving the NCAA and the U.S. Anti-Doping Agency.

At both the University of Chicago Law School and the ASU Sandra Day O'Connor College of Law, J was as an adjunct professor, teaching a seminar entitled “The Law and Policy of Policing.” J remains a regular lecturer on criminal law issues, especially issues affecting white collar defendants. J has long been active in the National Association of Criminal Defense Lawyers and serves on its Board of Directors. He also has served on the Boards of the Arizona State Bar Criminal Justice Section and the Arizona Attorneys for Criminal Justice. J is recognized by numerous client and peer review organizations including Chambers USA and Best Lawyers in America.

In 2005 and 2006 J served as Chicago Mayor Richard M. Daley’s Assistant for Public Safety, with policy and operational responsibilities for the nation’s second-largest police force. During his tenure in Chicago, J was recognized by the Chicago Police Department for his outstanding contributions to the city’s public safety.