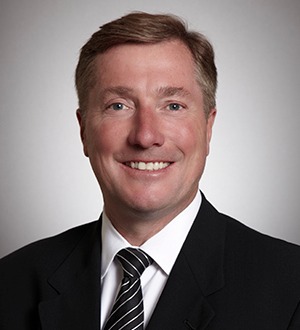 Jay de Groot has over 20 years of experience representing public and private companies, venture capital funds, and underwriters in corporate and securities matters.

Mr. de Groot has consummated more than $7 billion of merger and acquisition transactions across an array of industries and technologies with transactional values ranging from $5 million to over $1 billion. His experience includes all forms of buy-side and sell-side transactions including carveouts and divestitures, acquisitions of divisions and business units, cross-border deals and auction transactions. Mr. de Groot has also represented clients in a diverse array of securities offerings. He has helped raise over $2 billion in initial public offerings for Digirad, Nuvasive, Santarus, and Volcano Therapeutics and capital markets transactions for ALARIS Medical Systems, Cadence Pharmaceuticals, Chiron, IVAC Medical Systems, RxElite, and other issuers.

He also counsels a number of venture-backed and private equity-backed companies, in the life sciences, technology, and cleantech sectors, as well as the funds that finance them. In the last several years, he has closed more than 80 venture capital financings with over $1 billion of aggregate proceeds.

Beyond his legal experience, Mr. de Groot has significant business experience having served as Senior Vice President and General Counsel of two publicly-traded medical device and software companies, ALARIS Medical Systems and IVAC Medical Systems, where he was responsible for the corporate development, strategic planning, and legal functions. ALARIS was a $600 million publicly traded company formed by the merger of IVAC Medical Systems and IMED with 2,500 employees doing business in 120 countries. Prior to law school, Mr. de Groot was a Certified Public Accountant with KPMG.

At Notre Dame Law School, Mr. de Groot served as an Editor of the Journal of Legislation and was a member of the Jessup International Moot Court Team.