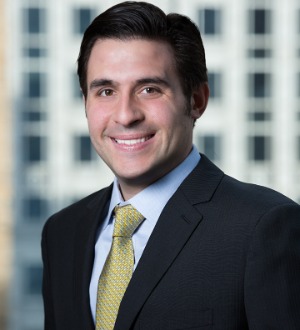 Jason Goldstein is an experienced trial lawyer in the Lanier Law Firm’s New York City office, working in the areas of pharmaceutical and products liability. Over the past several years Mr. Goldstein has contributed to hundreds of cases at both the state and federal levels, representing plaintiffs in mass tort litigations. These include a $247 million verdict against DePuy Orthopaedics, Inc., accused of selling patients faulty hip replacements. He also played a role in the $4.69 billion verdict against Johnson & Johnson on behalf of 22 women who claimed they contracted ovarian cancer after daily use of the company’s talcum powder over a period of several decades.

Before joining the Lanier Law Firm, Mr. Goldstein worked at a well-known and respected firm in New York, focusing on product liability and mass torts. In 2018 and 2019, he was chosen as a New York Rising Star. He is also a member of the American Association for Justice, whose mission it is to promote a more equal and fair justice system.