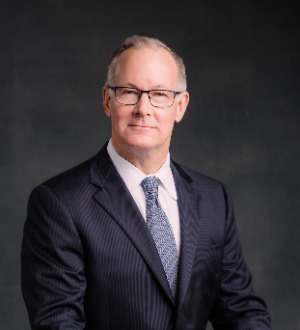 Years In Practice
Phone Number (703) 883-0880
Jim Hundley has over 30 years of experience litigating complex criminal and civil cases. He regularly represents individuals and corporations before Virginia’s state and federal courts. He has defended clients involved in a broad range of criminal matters including bank fraud, bid rigging, bribery, embezzlement, tax evasion, and computer fraud. On the civil side, Mr. Hundley has successfully handled cases involving a wide variety of issues including breach of contract, tortious interference with business, theft of trade secrets, personal injury, and violations of civil rights.

Mr. Hundley also has extensive appellate experience. In April 2000, he was privileged to appear before the Supreme Court of the United States and argue the case of Dickerson v. United States in which the Court ruled that the well-known Miranda warnings are required by the United States Constitution and cannot be repealed by legislation.

Mr. Hundley graduated from the Georgetown Law Center and gained admission to the Virginia State Bar in 1989.  During his first year of practice, Mr. Hundley served as law clerk to the Honorable James C. Cacheris in the United States District Court for the Eastern District of Virginia. Upon completing his clerkship, Mr. Hundley joined the Office of the Commonwealth’s Attorney for Fairfax County where he served as an assistant until December of 1996.  In January of 1997, Mr. Hundley co-founded BrigliaHundley, P.C.

Mr. Hundley is active in the Virginia Bar Association.  He has been appointed to serve on the Virginia State Bar’s Committee on Lawyer Discipline beginning in July, 2014. From 2005 to 2011, Mr. Hundley served as an elected member on one of the Virginia State Bar’s Disciplinary Sub-Committees. He also has been active in the Fairfax Bar Association, serving on its judicial screening committee, Circuit Court Committee, General District Court Committee, as co-chairman of its Legislative Committee, and as chairman of its Election Committee.

Mr. Hundley regularly lectures at Continuing Legal Education courses. He has also appeared as a guest lecturer at the Georgetown Law Center, the George Washington School of Law, the Catholic University School of Law, and the Washington, D.C. Inns of Court.