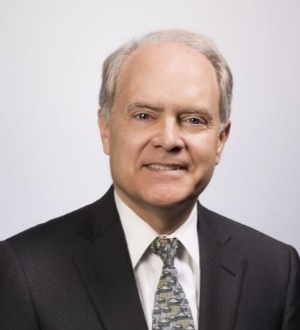 Jim Layton joined the firm in 2017 after serving more than 22 years in the Missouri Attorney General’s Office—nearly all of those as the State’s principal civil appellate lawyer, Solicitor General.

Jim practices in both appellate and trial courts, particularly in matters involving complex legal questions, including those arising under the U.S. and Missouri constitutions, Missouri school funding and other education statutes, discrimination laws, and Missouri tax laws. He represents both private and public entities.

In addition to handling cases at Tueth Keeney, Jim assists clients, in-house counsel, and counsel at other firms with appellate strategy, motions, briefing, and argument. In doing so, he relies on many years of intense appellate experience: Jim has argued more than 90 times before the Missouri Supreme Court, four times before the U.S. Supreme Court, and more than 100 times in other state and federal appellate courts. Since joining Tueth Keeney, Jim has been retained repeatedly to assist with applications to transfer appeals to the Missouri Supreme Court.

Jim’s experience in working with high-level government officials and state boards and commissions gives him special insight into government and regulatory decision-making. He has been consulted on a wide range of issues relating to Missouri laws regulating public and private entities.

An adjunct professor of law at the University of Missouri for 20 years, Jim is a frequent speaker on appellate practice, legal writing, constitutional law, and issues arising from new appellate decisions.

A long-time leader in the appellate bar, Jim serves as Co-Chair of the Appellate Practice Committee of The Missouri Bar. He was previously Chair of the American bar Association’s Council of appellate Lawyers, President of the Bar Association of the U.S. Court of Appeals for the Eighth Circuit, and President of the Elwood Thomas American Inn of Court. He serves on task forces for both the American Academy of Appellate Lawyers and the Missouri courts dealing with remote court proceedings and electronic filing.