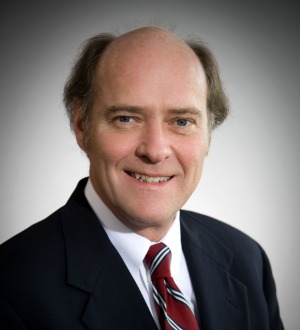 James P. Cunningham maintains one of the most highly regarded family law and divorce litigation practices in the state. In his over 30 years in practice, he has represented numerous men and women well-known in the Detroit metropolitan community. His career includes ten published appellate cases concerning important family law issues, three of these before the Michigan Supreme Court.

A prolific author, Jay has published over twenty articles on family law topics. He lectures extensively throughout the state. He is one of three attorneys in Michigan certified as a fellow in the International Academy of Family Law. He is on the faculty of three institutes that provide legal education and certification to lawyers and and is the adjunct professor of family law at Western Michigan University - Thomas M. Cooley Law School. He is a Fellow and past President, of the Michigan Chapter of the American Academy of Matrimonial Lawyers, the most prestigious organization of family law practitioners in the nation. Jay is also a past President of the Oakland County Bar Association, a current member of the Board of Trustees of the Charles H. Wright Museum of African American History, and a current member of the Board of Directors for the Birmingham Museum.

Prior to law school, Jay served five years with distinction as an officer in the United States Navy.

Jay is frequently honored for achievement by his peers and ranking organizations. He has been named as a “Michigan Super Lawyer” since its and has been honored as one of Michigan’s “Top 100 Lawyers” by Thomson Reuters. He is also ranked by Martindale-Hubbell as an AV® “Preeminent”™ Lawyer since 1988.